Magno was suspended on Twitter in January 2022, but is back on the platform under a new handle. 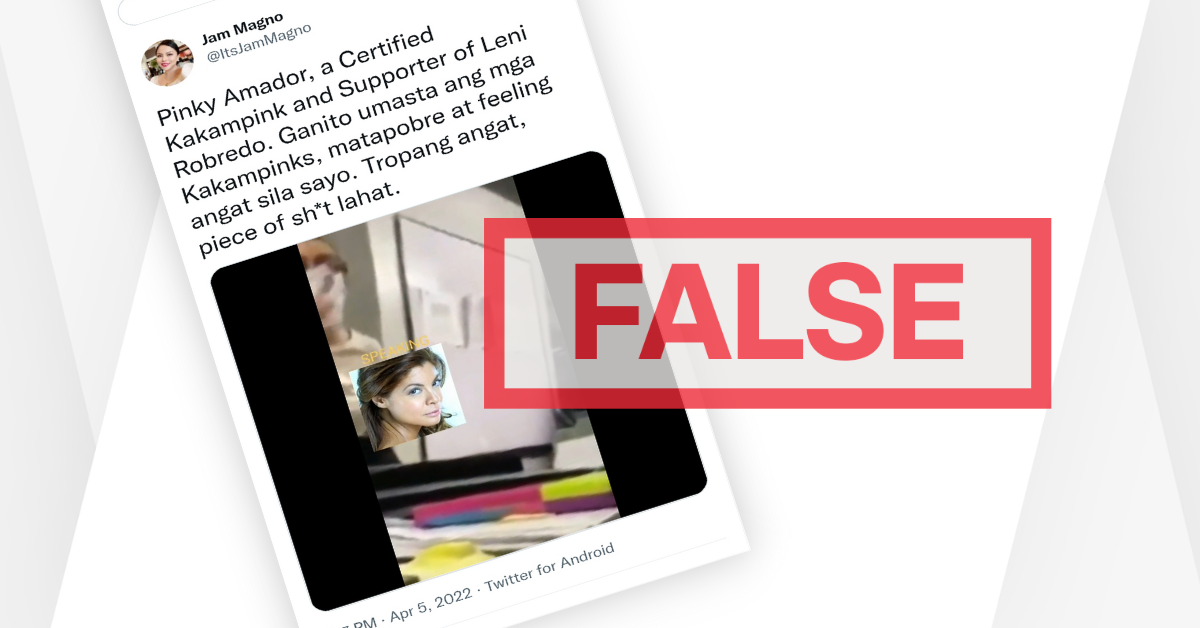 Her post is false and misleading, as the video was taken way back in June 2020, not at the height of the election campaign in which Amador and other celebrities are rooting for Robredo.

It also has nothing to do with the 2022 presidential election.

Magno also engaged in the logical fallacy of sweeping generalization by describing Robredo supporters as “matapobre and feeling angat (snooty and thinks highly of themselves).”

Magno was suspended on Twitter in January 2022, but is back on the platform under a new handle.

Her recycled video, posted April 5, has been liked 785 times and retweeted 238 times.