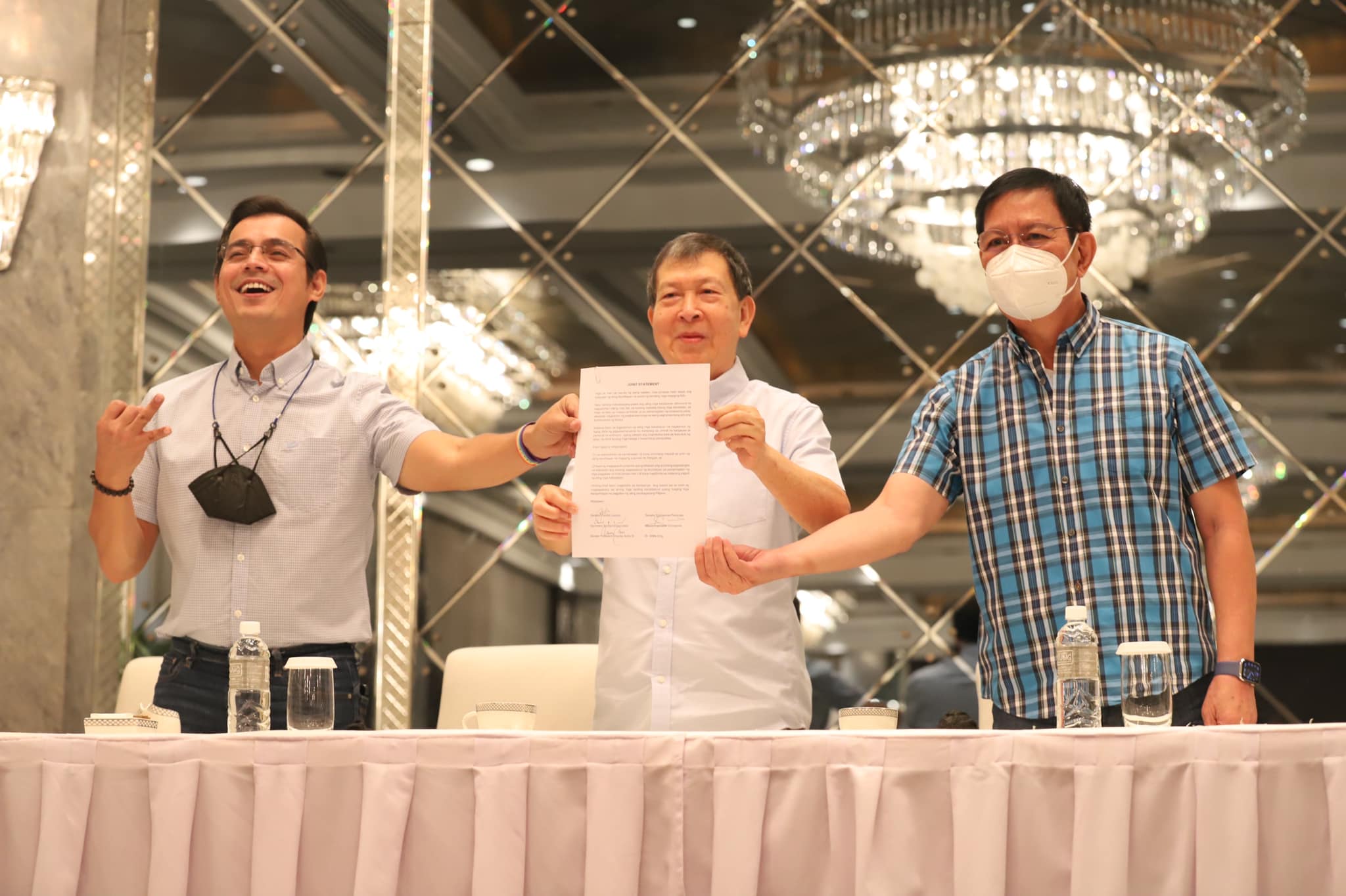 “I’m apologizing to her because what we need is something better after the elections, whoever wins,” he added.

During the Easter Sunday press conference held at a posh hotel in Makati, Moreno asked Robredo to make the “supreme sacrifice” and withdraw from the race, which Gonzales distanced himself from.

“There was no intention of asking the Vice-president to withdraw. I think Mayor Isko may have been carried away in the heat of the question and answer but there was no agreement whatsoever that we will ask anyone to withdraw,” Gonzales said.

“I was uncomfortable there because wala sa usapan,” he said.

He noted that Robredo had the best chance to beat former Senator Ferdinand “Bongbong” Marcos Jr. and he had no problems towards the incumbent vice-president. — Ronald Espartinez