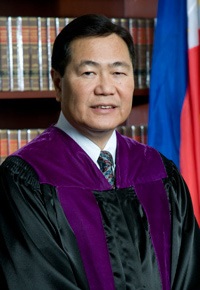 Carpio said this is the right time for Filipinos to demand compliance with the law since the namesake of the late dictator and kleptocrat is seeking the highest office in the land.

“We inquire: Do you follow the law, did you pay your tax, did you serve your sentence? Sabi nila you’re bringing it up now only because it’s election. No, it’s the best time because you are offering yourself to the public, that you have integrity, then we will look at your record,” Carpio was quoted as saying during

The former SC magistrate noted that Marcos should not ask for votes without paying his family’s unpaid estate tax worth P23 billion plus surcharge and penalties.

He also slammed the only son of ousted dictator Ferdinand Marcos and his team for constantly lying to the public that the SC’s 1997 decision regarding the issue is not final and executory. The unsettled tax has skyrocketed to ₱203 billion due to the Marcos family’s failure to pay it.

“Taxes are the lifeblood of the nation. Yet this candidate says hindi pa tapos yan, but it’s a big lie. 23.3 billion ayaw nila bayaran,” he added. — Ronald Espartinez