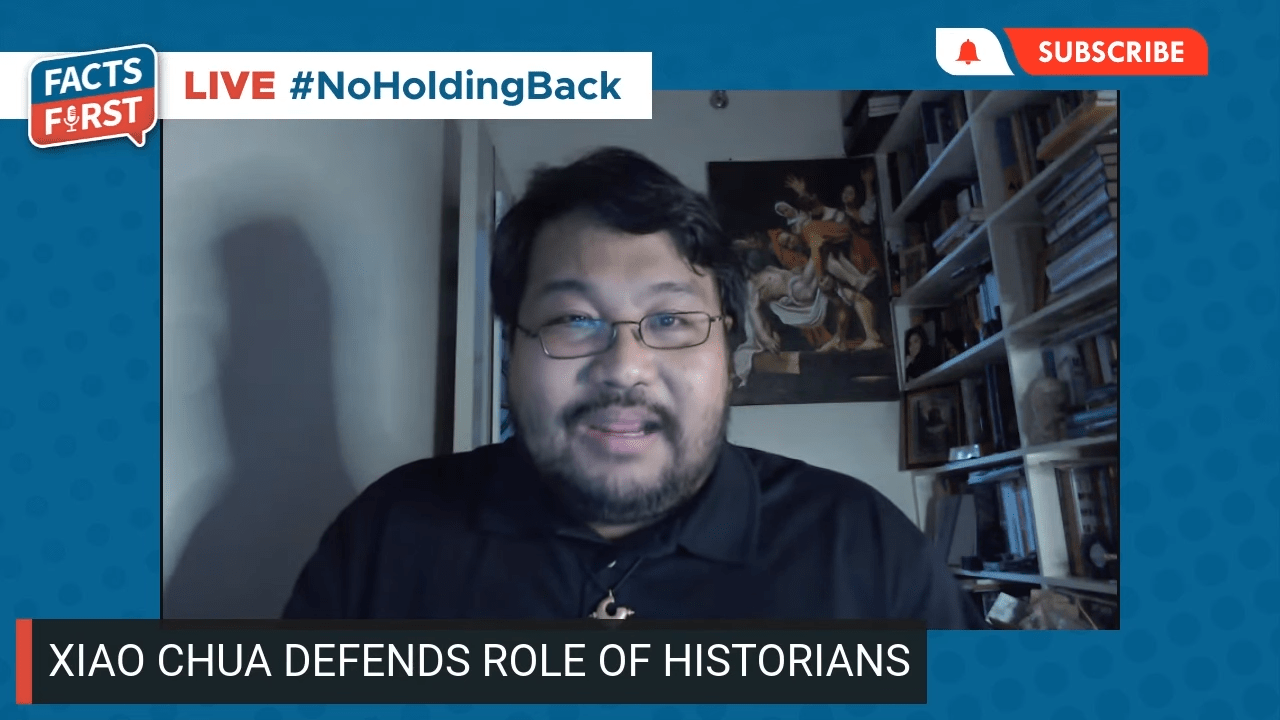 In an interview on the “Facts First” podcast with Christian Esguerra, public Historian and University Professor Xiao Chua said being a historian requires scholarship. | FACTS FIRST WITH CHRISTIAN ESGUERRA

Speaking on the “Facts First” podcast with Christian Esguerra, Chua said that being a historian is a profession and requires education.

Chua said the pro-Marcos movie “Maid in Malacañang” by Darryl Yap invalidates the victims of the Marcos regime and abuses freedom of expression.

In an interview with Boy Abunda, Yap claimed that being a historian should not be considered a profession.

Chua responded in a Facebook post that he would give his middle finger to whoever said that being a historian should not be a profession.

“I am just an ordinary person, but with whatever little power I have, I will give my middle finger to you,” Chua said.

Chua has since apologized for his post and said people could visit his YouTube channel to know more about his views regarding history. Alexandra L. Mangasar