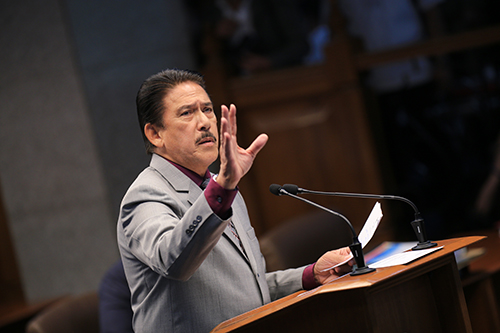 David considered Sotto as “the best man for the job” during an interview with CNN Philippines. However, he noted that he is not withdrawing from the race.

David is a pro-life advocate and said that Sotto has helped the Catholic Church through opposing the passage of bills allowing same sex marriage, divorce and abortion.

“To me that is most important kasi he loves life, he is pro-life,” said David. “He listens to his family. He listens to his wife. Gentleman, family man. Sa akin, kumbaga sa grupo namin na tumatakbo ngayon, siya ang may pinakamagandang record na dapat tulungan.”

David added that he was originally planning to endorse Sotto during the last leg of the debate if it would have pushed through.