Visa tit-for-tat: Who will blink first? 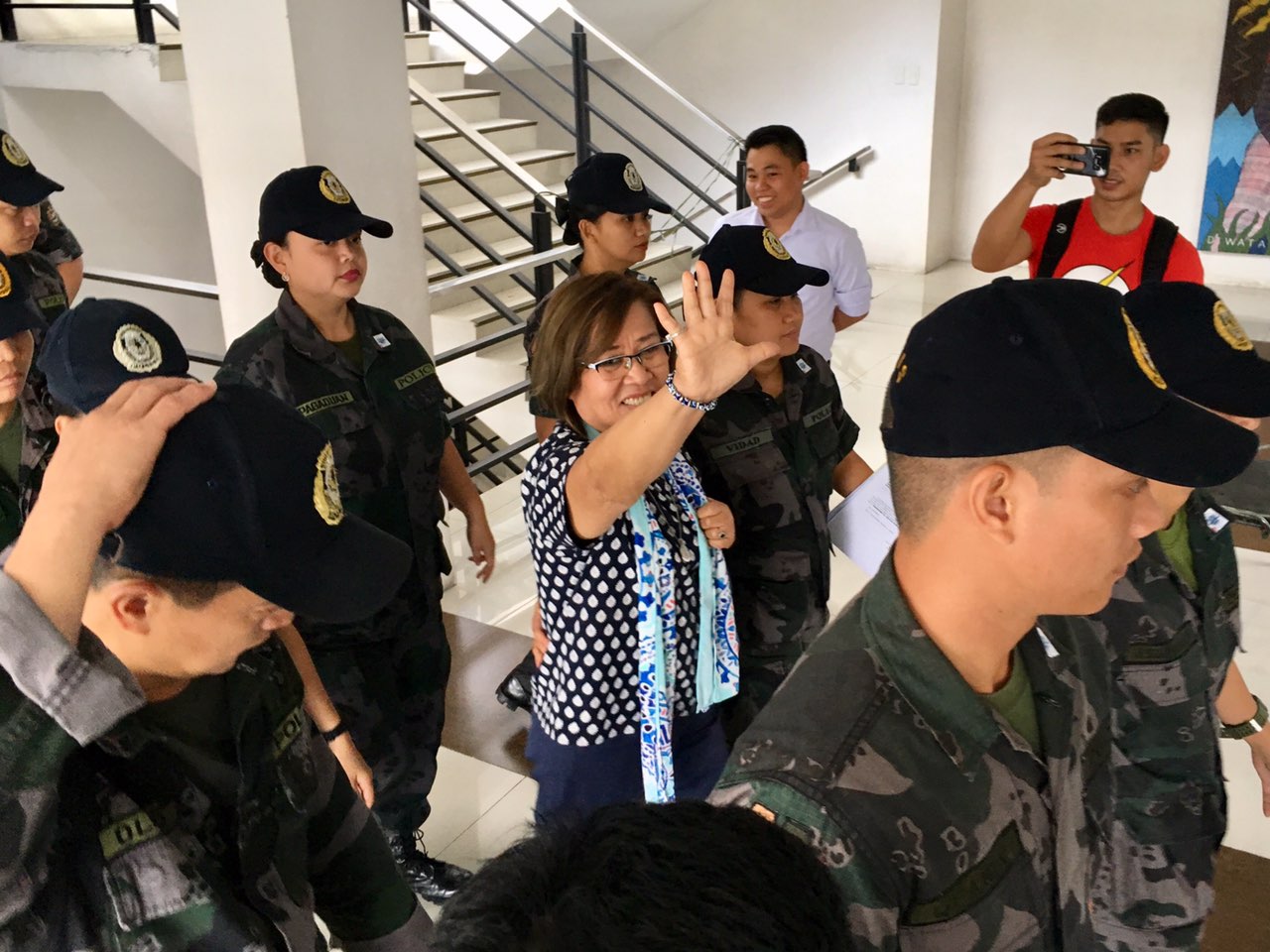 The retaliatory strike was swift. The counterattack was sweeping.

Salvador Panelo’s announcement of a ban on the entry into the Philippines of two American lawmakers, who introduced a rider provision in the $1.4-trillion US federal budget for the next fiscal year ending in 2020, was to show displeasure on what appeared to be American sanctions over the country’s human rights record.

The president’s official spokesman and chief presidential legal counsel also warned ordinary American citizens, which technically include Filipinos who are naturalized in the United States, may be required to seek visas if Washington will implement a travel ban on officials held responsible for the detention of a sitting opposition senator, Leila de Lima.

Panelo said the Philippines was defending its sovereignty in imposing a ban on US Senators Patrick Leahy of Vermont and Richard Durbin of Illinois, asking the immigration bureau to implement the order immediately. However, the action appeared to be too soon.

The US Department of State has yet to come up with a list of people to be barred entry. There appears to be no order to blacklist specific personalities, and the sanctions against the Philippines were not unique. It was lumped with other human rights violators, like Russia, China, Egypt, Syria, Iran and North Korea.

This was the first time Washington slapped sanctions against Manila for human rights abuses. During the administration of President Gloria Macapagal Arroyo in 2007, the US imposed a cap on military assistance funding after hundreds of activists, journalists and lawyers were assassinated in intensified counter-insurgency operations.

The sanctions, at that time, were seen as punishments not only due to human rights abuses, which were investigated by UN Rapporteur Philip Alston, but for Manila’s seemingly close relations with China from 2005, after the administration of Republican US President George W. Bush got angry when the Philippines withdrew its token 50-member contingent from Iraq in 2004.

A year earlier, Bush rewarded Arroyo’s support to the US war on terror in Iraq and Afghanistan with a designation of major non-NATO ally status to the Philippines. The diplomatic snub in Washington forced Manila to woo Beijing’s support.

The sanctions were lifted under the administration of President Benigno Aquino III although there were still killings of activists and suspected rebels and supporters. But relations improved especially after the Philippines agreed to sign a deal with the US expanding the security alliance forged under the 1951 Mutual Defense Treaty.

The new Enhanced Defense Cooperation Agreement (EDCA) allowed access to five local military bases after the US lost its two large overseas military bases in Subic and Clark in the early 1990s.

The Philippines was estimated to receive $1 billion in economic and security aid from the United States over a 20-year period since the return of American troops to the country for training and exercises. For next year, nearly $160 million was requested by the Trump administration for the Philippines.

More than a third of the amount will go to military financing, military education and training, counter-terrorism, disaster response and international narcotics control and law enforcement.

There is danger the security assistance will be affected once the rider provision in the 2020 federal budget is implemented. As of now, there are no official announcements from Washington on specific sanctions, like travel bans, asset freezes and military assistance caps.

So, it would be premature for Manila to announce reciprocal actions. A tit for tat for what?

Panelo’s sovereignty defense is also less credible and is standing on shaky legs. It would be more believable if Manila insisted that China observe the ruling issued by the Permanent Court of Arbitration in The Hague in July 2016. It would be more credible if Manila asserted its claims on the South China Sea, particularly on Scarborough Shoal and Reed Bank.

Panelo was focusing too much on the US when other Western countries have quietly imposed a travel ban on officials, including retired generals who may have had associations with Duterte in the past.

Canada has reportedly denied a visa on an army two-star general who once served as army task force commander in Davao City under then Mayor Rodrigo Duterte. The retired general was even asked to go to the embassy for an interview and was asked about the existence of a Davao Death Squad.

Canada also did not take action on the visa renewal of another retired general for weeks, forcing the former military area commander to withdraw his visa application because of an impending travel to another country.

The three-star general served in Maguindanao after the infamous Ampatuan massacre in 2009 but briefly worked under the Duterte administration in 2016.

Canada’s visa denial came at a time when Duterte was attacking Western countries for supporting a resolution from Iceland in the United Nations Human Rights Council to look into the human rights situation in the Philippines.

Last year, Canada imposed certain restrictions on the use of Bell helicopters the Philippine Air Force was acquiring from the country, forcing Duterte to scrap the deal and look for a new supplier elsewhere.

Other Western countries, like Australia, New Zealand, United Kingdom and Western European countries like France and Germany may take the cue from the US and Canada. The world appears to be shrinking for Duterte’s officials.

Panelo’s retaliatory announcement, it seems, are all hot air.  Let’s see who will blink first.