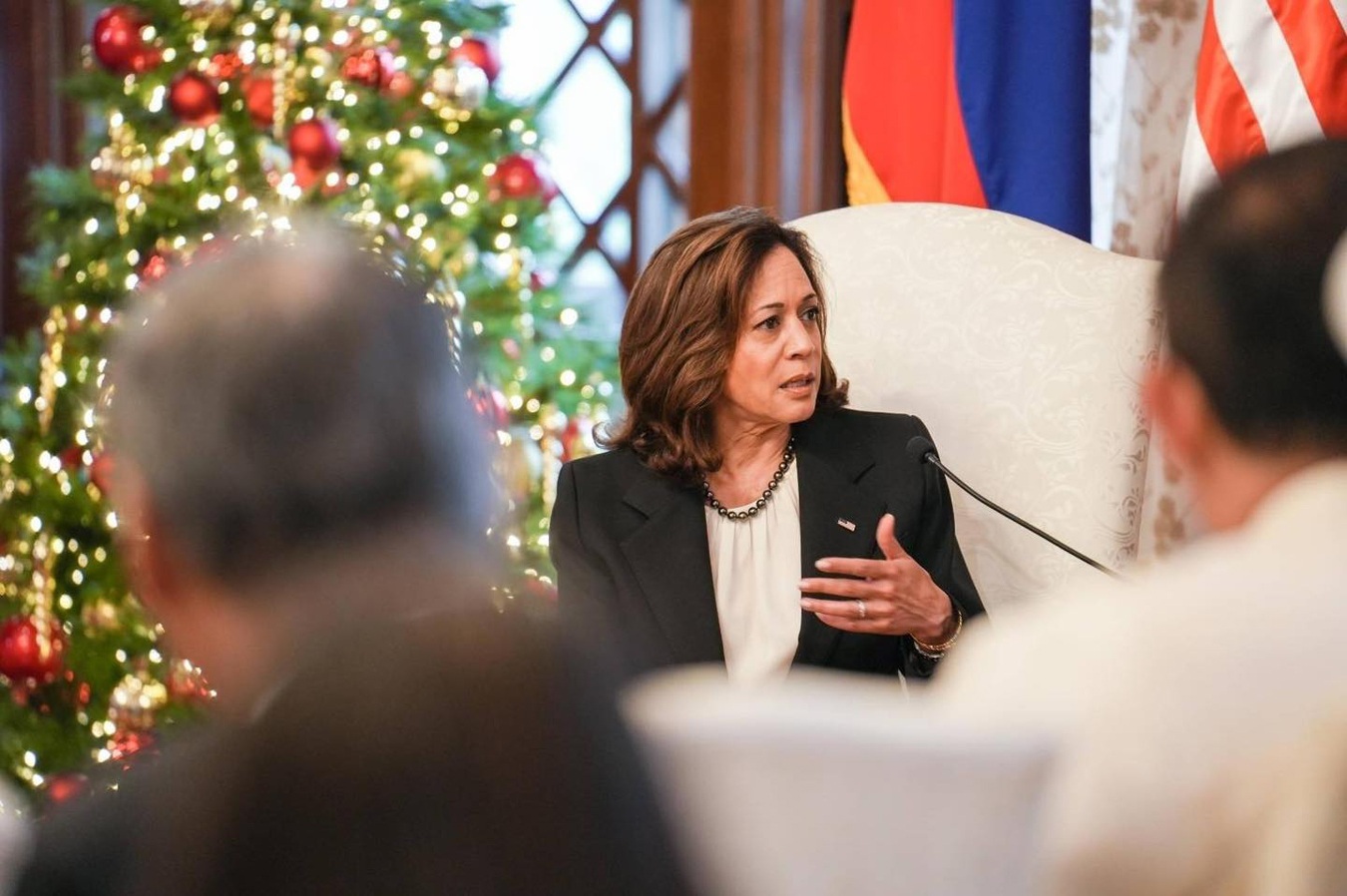 US Vice President Kamala Harris assured President Ferdinand “Bongbong” Marcos Jr. that Washington was on the Philippines’ side on the South China Sea dispute, pledging the US’s “unwavering” support.

Harris arrived in the Philippines for a three-day trip that will include a stop in Palawan, on the edge of the South China Sea, where she is expected to board a Philippine coast guard vessel.

“Our relationship is based on mutual concerns about security for the region…And in particular as it relates to the Philippines, I will say that we must reiterate always that we stand with you in defense of international rules and norms as it relates to the South China Sea,” Harris told Marcos Jr.

“An armed attack on the Philippines armed forces, public vessels, or aircraft in the South China Sea would invoke US Mutual Defense commitments. And that is an unwavering commitment that we have to the Philippines,” she added.

Harris said Philippines-US relations would only prosper if international rules and norms would continue to be upheld.

“When we think about what is happening in this region, we know that there are so many opportunities for us to continue to strengthen our relationship, but the basis of our relationship is based on mutual commitments to international rules and norms, and upholding those…in all of the ways that we know allow for again prosperity and security for our respective nations in the region,” she said.

Marcos Jr. said the Philippines was thankful for the US’s support.

“I thank you for the very strong commitment that you have just made for the US to be defensive of the Philippines,” he said. John Ezekiel J. Hirro