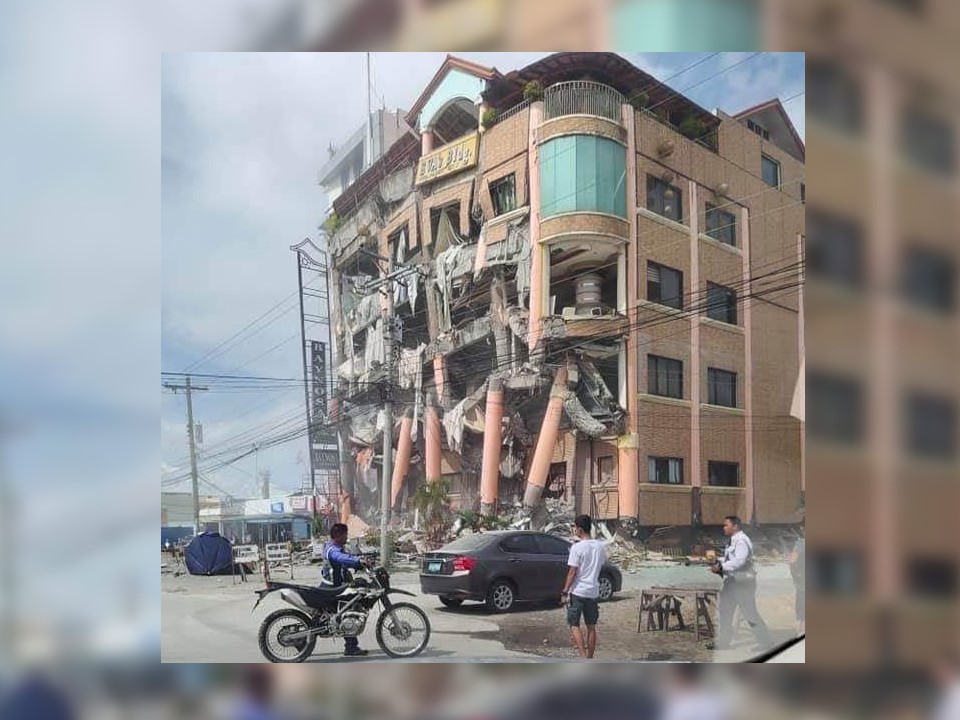 For the third time in the month of October, a powerful earthquake rocked Mindanao Thursday.

The Philippine Institute of Volcanology and Seismology (Phivolcs) said the 6.5 magnitude tremor struck at 9:15 am on Thursday. It was tectonic in origin and happened at a depth of 2 kilometers, in Tulunan, North Cotabato, the same area where two previous 2 earthquakes struck this month.

It was felt in the following areas:

The Instrumental Intensities are as follows:

Based on the latest official report of the National Disaster Risk Reduction and Management Office (NDRRMC) at least 7 people were killed and 215 others were injured on October 16, while the October 29 quake killed at least 8 people.

Phivolcs Science Research Specialist Erlinton Olavere said in an interview that the October 31 quake could not be considered an aftershock since the October 29 quake has nearly the same magnitude as the one that hit this morning.

About 5,216 families or 25,630 individuals were affected by the quakes according to the Department of Social Welfare and Development (DSWD).

In Makilala town, Barangay Batasan chairman Benjie Bangot was killed when rubble from the barangay hall fell on him.  Reports said Bangot was in his office waiting for relief goods for victims of the October 29 quake when the tremor struck.

In Kidapawan City, the 5-story Eva’s Hotel nearly collapsed.  Seven people who were holding office inside the hotel were rescued.

The October 29 quake damaged almost half of the structures in the city’s commercial district. Shopping malls, grocery centers, restaurants, pharmacy stores, hotels and inns, appliance centers, banks, and hospitals were ordered closed for business until the buildings have undergone thorough inspection by the city engineers.

Nine to 12-inch long cracks can be seen in the national highway in North Cotabato.

Some buildings and covered courts being used as evacuation centers in various North Cotabato towns that survived the previous two quakes are now totally damaged.

Kidapawan Mayor Joseph Evangelista said locals “need all the help we can get. “

President Rodrigo Duterte was in his home in Davao City when the quake struck.  His former aide, Sen. Christopher Lawrence “Bong” Go said the president is safe and unharmed.

Nine persons were injured when the five-story Ecoland 4000 condominium collapsed after the quake struck.  Capt. Nolan Tagsip of the Davao City Police Office (DCPO) said eight sustained minor injuries and were treated onsite while one victim was rushed to the hospital for a laceration on the head.

Tagsip added that the building has 56 units but only about 15 units were occupied when the quake struck.

Most of the unit owners had abandoned the building following the Magnitude 6.6 quake at 9:04 a.m. two days earlier, on Tuesday. The quake then registered Intensity 6 in Davao City.

Davao City Mayor Sara Duterte-Carpio said the building already suffered major damages after the Tuesday tremblor.  City engineers assessed that the building was already unsafe so residents were asked  on Wednesday to evacuate the building since it is not safe for occupancy and that it should be condemned. However, some residents decided to stay saying they have no other place to stay.

However, engineers of the condo developer, DM Consunji Inc., reportedly assured residents that the building was safe.  A screenshot of a real estate agent posted the morning before the quake assuring the public of the safety of the buildings went viral.  It was immediately deleted after receiving backlash from netizens.

“We suspended the classes from kinder to post-grad in both public and private schools.  We intend to extend the cancellation until Monday because tomorrow is a holiday and may weekend pa,” Duterte-Carpio said.

Catholic Bishops Conference of the Philippines (CBCP) president and Davao Archbishop Romulo Valles released a letter requesting for prayers for the people of the dioceses hit by the earthquake namely the Archdioceses of Cotabato and Davao and the Dioceses of Kidapawan, Marbel, Digos, Tagum and Mati.

The Diocese of Kidapawan set up a command center at the Our Lady of Guadalupe Diocesan Seminary at Balindog, Kidapawan City.  Kidapawan Bishop Jose Colin Bagaforo said it is crucial that the needed emergency assistance and interventions for the affected communities be provided as soon as possible since help from other groups and the government may still take until Monday to arrive.

The Diocese of Tagbilaran in Bohol will conduct a second collection in all its Masses on November 3, Sunday, to raise funds for the victims of the quake.

“We in Bohol like to express our solidarity with the people of Mindanao by offering prayers,” Tagbilaran Bishop Alfredo Uy said.