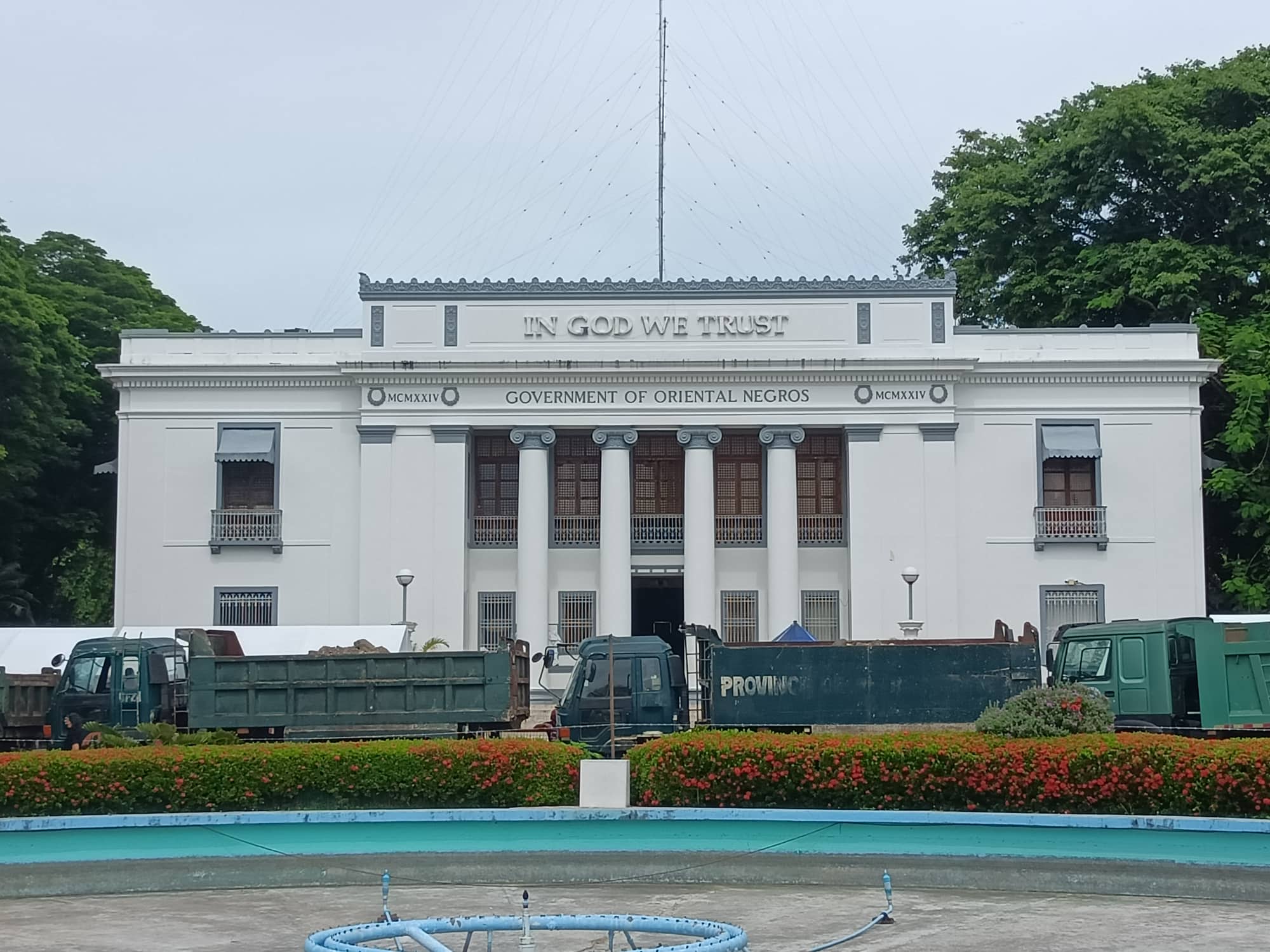 Trucks of the Provincial Government of Negros Oriental parked outside the capitol as former Gov. Roel Degamo barricades himself as he refuse to stepdown amidst the assumption to office of Gov. Pryde Henry Teves.

DUMAGUETE CITY – Tensions continue to rise here on Thursday as more barricades were put up outside the provincial capitol of Negros Oriental ahead of the assumption to office of new Governor Henry Pride Teves.

As early as last week, metal railings and barbed wires were installed near entrances to the capitol, reportedly by supporters of incumbent Gov. Roel Degamo.

In an interview, one of Degamo’s leaders, who requested anonymity, told PressOne.PH that the barricades are there to keep vehicles away from peaceful protests at the capitol grounds.

However, on Wednesday, several trucks of the provincial government were parked by the barricades.

Some local journalists were also barred from entering the premises by supporters of Degamo.

“There are visible barricades, roadblocks and vehicular barriers installed in the entrance and exit points of the Capitol Building, attributed to the security fortification of the area and in preparation for the oath-taking and inauguration ceremony of the newly elected government officials,” Mallari said.

In response, Governor-elect Pryde Henry Teves issued Thursday morning Executive Order No. 1 ordering occupants of the capitol to “temporarily vacate” to give way for NOPPOs EOD to conduct security checks.

“There has been a reliable intelligence report that some unscrupulous individuals is (sic) planning to sabotage the assumption of powers of the new administration,” Teves EO said.

“The new administration cannot take any chances to put the life of every individual at risk while transacting inside the capitol premises.”

As of writing, government forces have yet to enter the capitol building.

Speaking at his office inside the capitol, Degamo told a group of reporters who managed to get through the barricades, he would not leave his post “to protect the votes” of the Negorenses. “We can’t allow cheats to govern the province,” he told reporters in Bisaya.