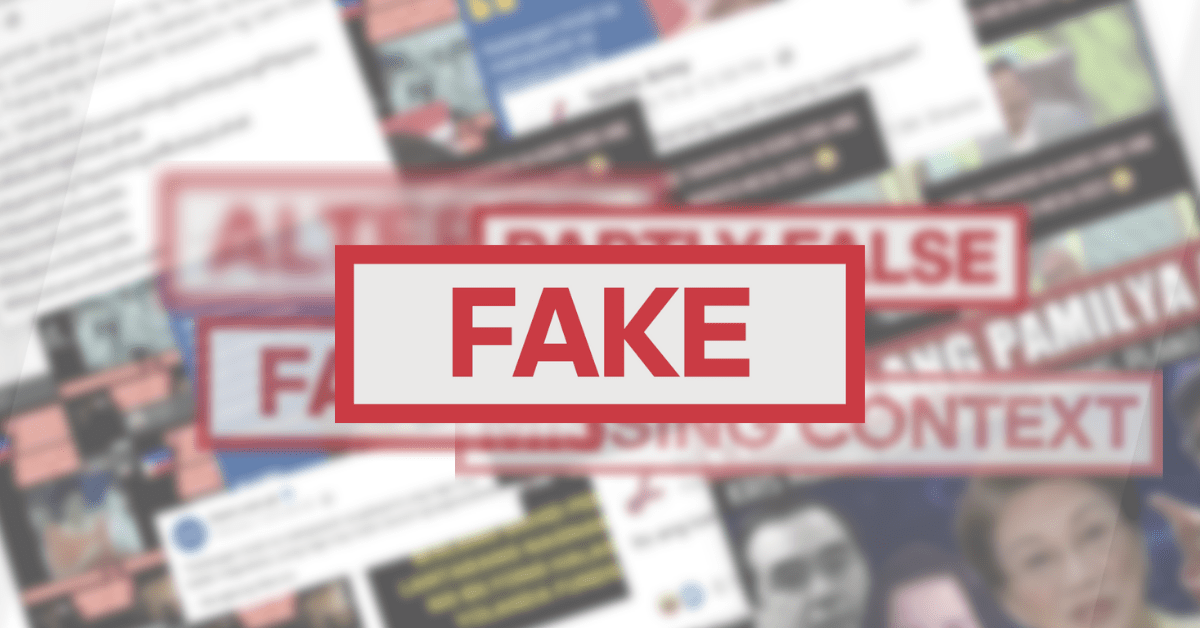 This was among the key findings of the study conducted by De La Salle University Professor Cheryll Ruth Soriano and Singapore Nanyang Technological University Professor Edson Tandoc Jr. titled, ‘Scaffolding our notions of trust.’ The study was tackled during the first #FactsFirstPH research briefing on Friday, March 11, 2022.

“Some ‘microcelebrities’ do not directly say things, but seed doubt by punctuating their headlined accusations with question marks. This prods viewers to do further fact-finding, but of course leads them to other videos and content that further fan the doubt,” Soriano and Tandoc wrote.

Soriano and Tandoc also raised points on how seeded online content can point to specific media targets, furthering attacks against information gatekeepers such as journalists.

environment and expanding social networks where trust can be both reinforced and manipulated,” Soriao and Tandoc wrote.

The current study is a continuation of Soriano and Tandoc’s previous work in 2019, with additional insights on historical distortion on YouTube and the role of “microcelebrities” as emerging authoritative figures on social media.

The 2019 interviews found that young people generally trust themselves to make the distinction between real and false content by checking the source of the evidence, but what they count as evidence they trust needs further probing.

#FactsFirstPH is an initiative among groups and media organizations that aims to promote truth and fight disinformation as the election approaches. Its research arm releases weekly pieces about trends and false narratives its members monitor online.

About the Authors of ‘Scaffolding our notions of trust’

Cheryll Ruth Soriano, PhD is Professor at the Department of Communication of De La Salle University, Manila and Research Fellow at the La Salle Institute of Governance. She researches digital cultures, digital politics, and platform labor.

Edson Tandoc Jr., PhD is Associate Professor at the Wee Kim Wee School of Communication and Information at the Nanyang Technological University in Singapore. His research focuses on the intersections of journalism and new technology.