Roque claims ‘no conscious effort’ made to hide Duterte’s SALN 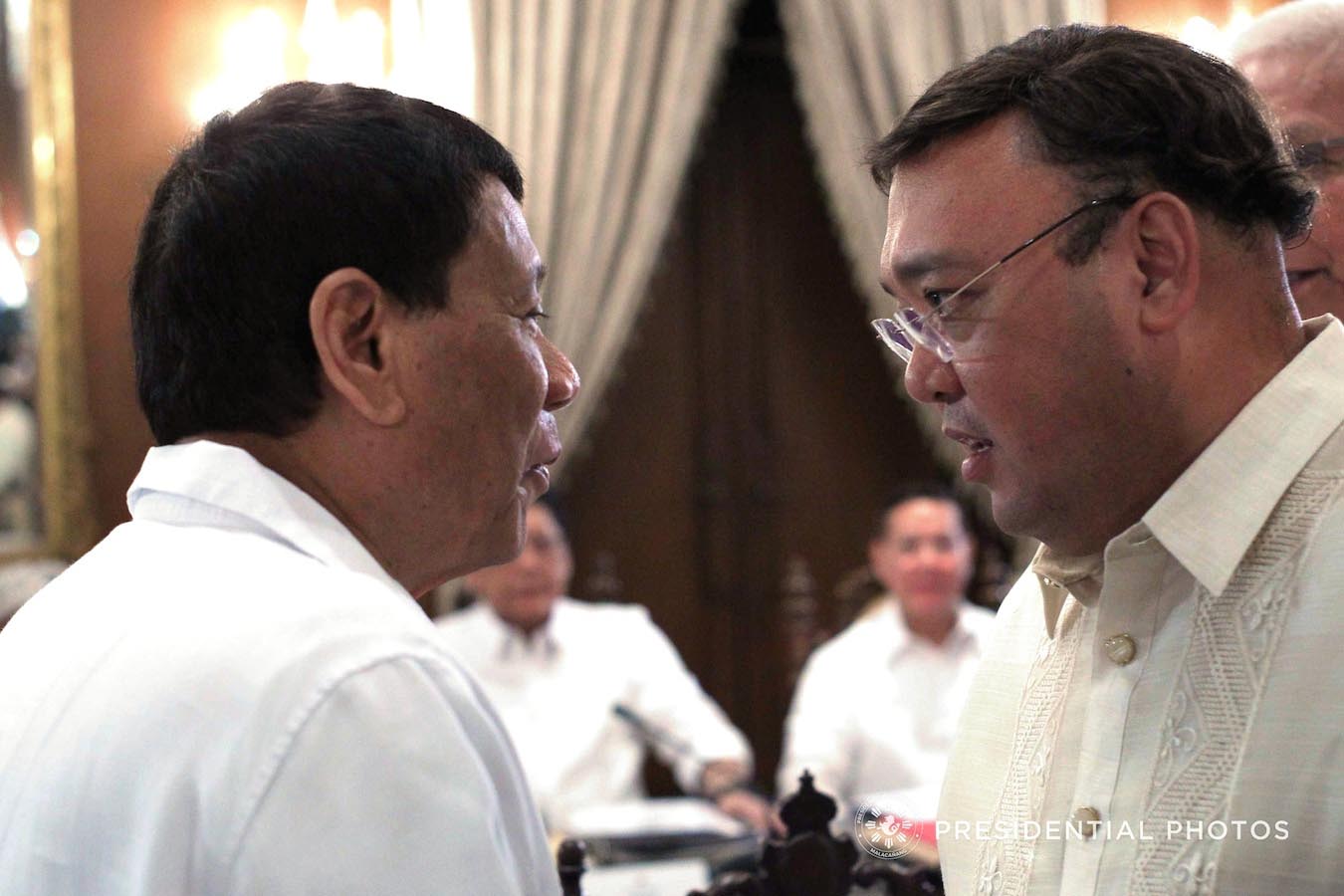 President Rodrigo Duterte’s camp denied making “conscious efforts” to hide the chief executive’s Statements of Assets, Liabilities and Net Worth (SALNs), which have been restricted from public access since 2018.

“I don’t think there is a conscious effort to conceal because he has complied with it,” Palace spokesman Harry Roque said in an interview over CNN Philippines’ The Source on Wednesday.

Duterte had filed and made public SALNs his first two years in office. In 2018 and 2019, access to the chief executive’s documents was barred by Ombudsman Samuel Martires’ office.

“(Duterte) is just respecting the recent guidelines issued by the Ombudsman because, after all, the Ombudsman is the constitutional body tasked with promoting accountability on these public officers,” Roque said.

Duterte’s spokesman was referring to guidelines set by the Office of the Ombudsman last Sept. 1, in which the office stated it will start requiring a SALN owner’s consent before furnishing copies of the document to a requester.

“So all he is saying is, let’s respect the guidelines issued by the Ombudsman and let’s comply with those guidelines,” Roque added.

The Philippine Center for Investigative Journalism (PCIJ), in an Oct. 15 report, released public wealth documents of Philippine presidents since 1989. It said Duterte is the only president to not have his SALNs made available to the public in 31 years. 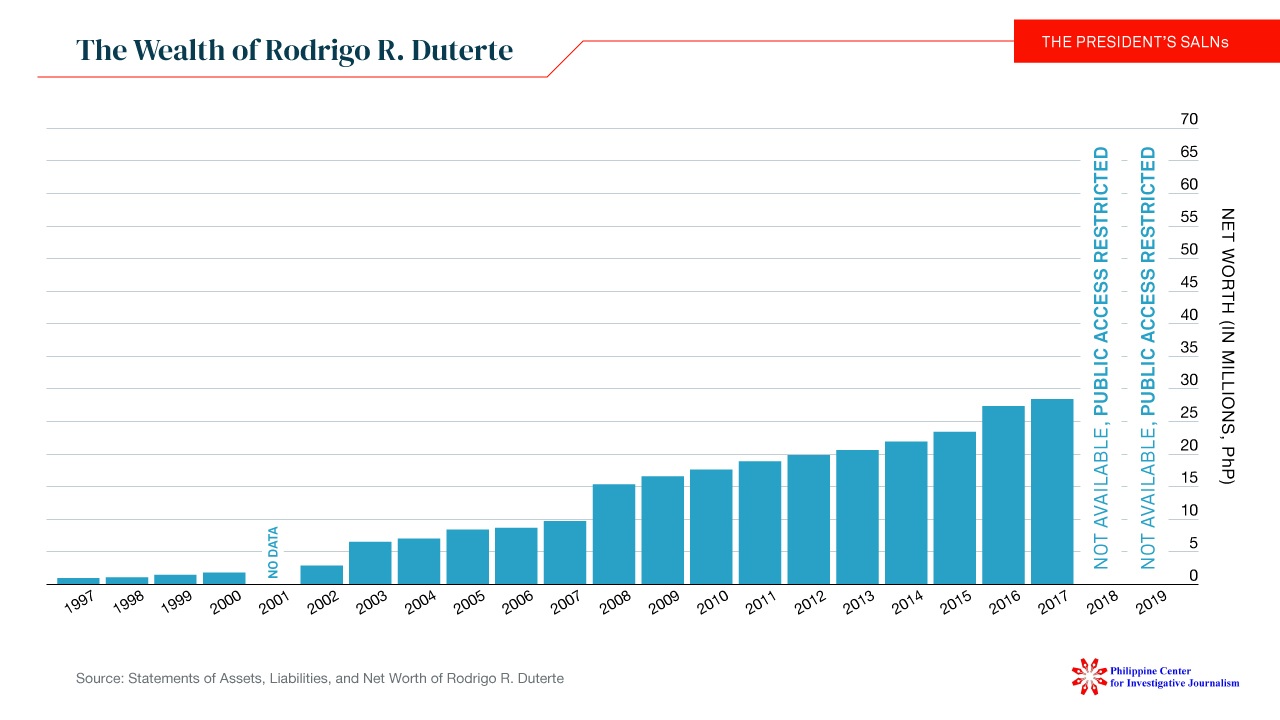 In April 2019, PCIJ reported how President Rodrigo Duterte and his children, Sara and Paolo, have all consistently grown richer over the years, even on the modest salaries they have received for various public posts, and despite the negligible retained earnings reflected in the financial statements of the companies they own or co-own. Infographic: Alexandra Paredes

“These documents show that President Duterte is breaking a long tradition of presidents making their annual wealth disclosures public year after year, often even without a formal request from the press or the public to do so,” the report read.