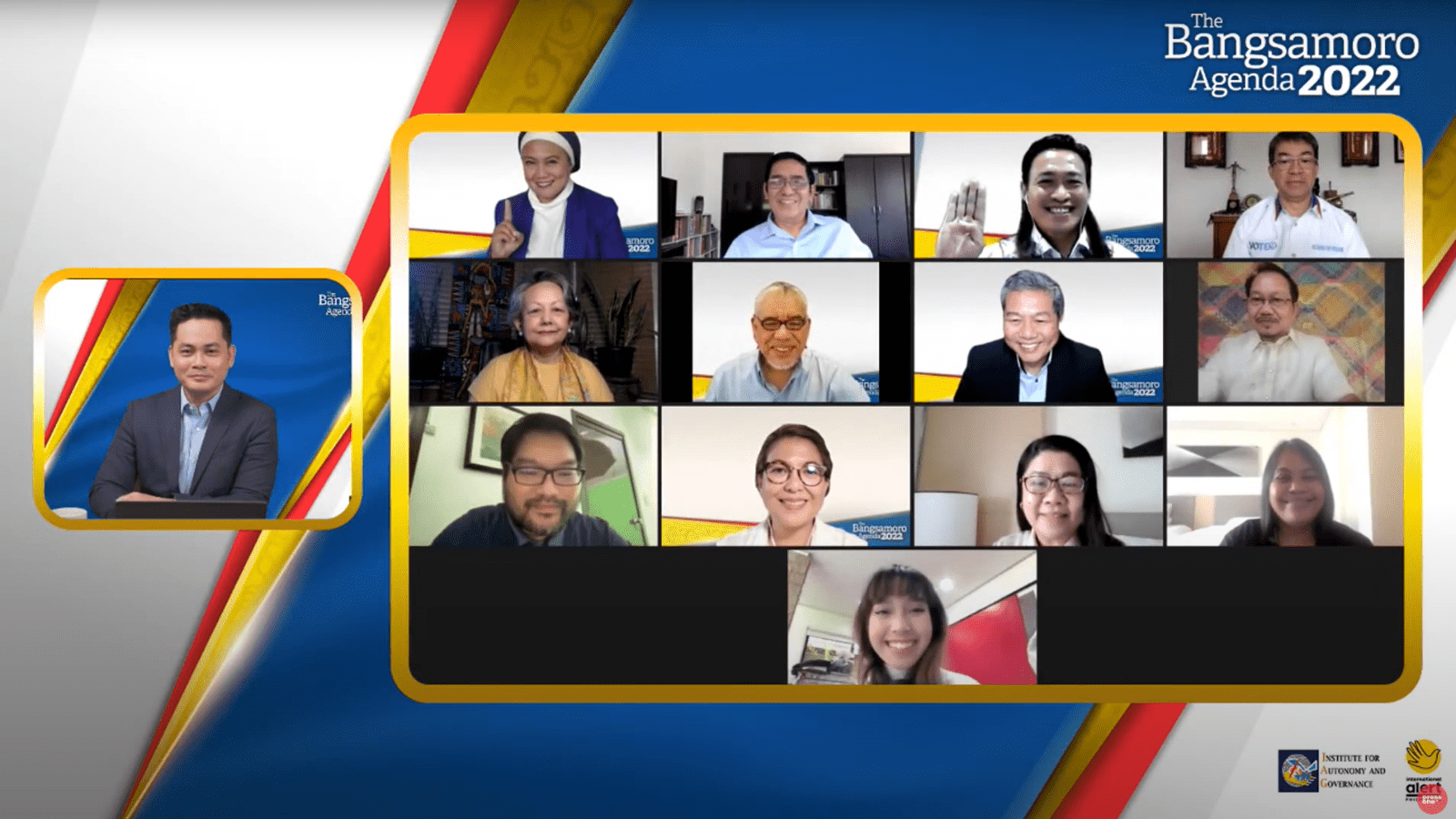 Representatives of five presidential bets on Wednesday assured Bangsamoro residents that their candidates would be hands-on in the region’s development in the next six years.

De Guzman’s campaign manager Sonny Melencio said the labor leader would make sure projects in the Bangsamoro were inclusive and properly funded.

“Ka Leody will be hands-on. He’s been consulting with various groups in Mindanao including the network we have established in the past. Magpapatawag kami ng malaking consultation which will involve the Bangsamoro transition authority and all the social movements,” Melencio said.

Gutoc added that Domagoso would push for the improvement of telecommunications infrastructure in the region for better access to education and as a means to address corruption.

“BARMM is an autonomous government. Kung kailangan nila ng additional support, we shall give it to them,” Piñol said.

Sen. Koko Pimentel said Pacquiao, his PDP-Laban partymate, believed the development of the Bangsamoro would be significant in the former boxer’s federalism plans.

Pimentel said Pacquiao would also focus on improving access to education in the region.

Robredo will bat for the creation of a cabinet post that will oversee the development of Bangsamoro, former Baguio Rep. Teddy Baguilat said.

“We believe national development will not be achieved without ensuring development and peace in the Bangsamoro. VP Leni has made it her priority na maganda ang coordination from the national, to the regional, to the local levels,” he said.

The representatives also vowed that their candidates would address armed conflict in the region and push for responsible mining.

“The Bangsamoro Agenda 2022” was moderated by Christian Esguerra, host of the Facts First podcast powered by PressONE.PH and jointly organized by the Institute for Autonomy and Governance and International Alert Philippines.