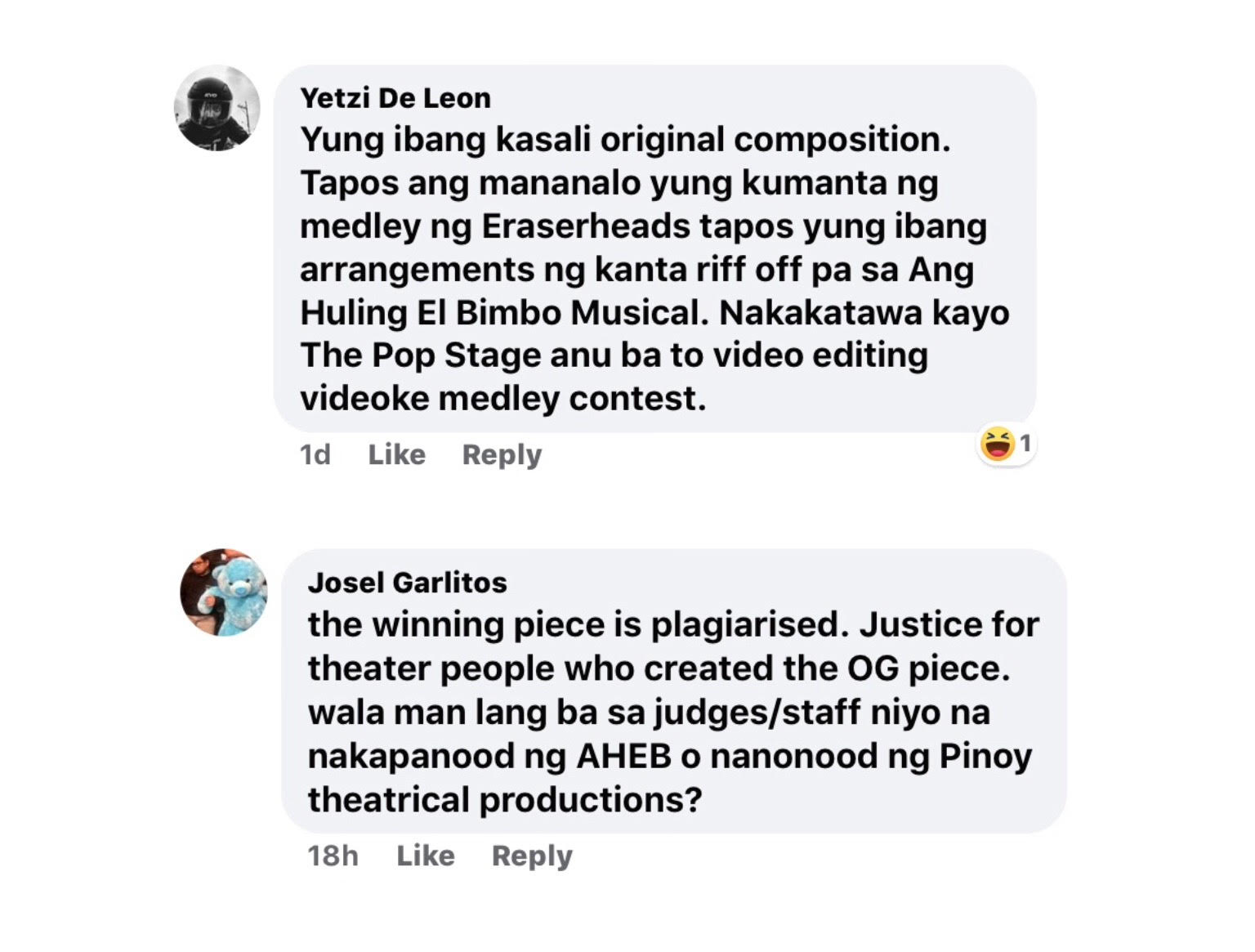 Just a few hours after Villavicencio was announced as winner, actor-musical arranger Jef Flores explained in detail on his YouTube channel the parts of Villavicencio’s entry that are exactly like those in “AHEB: The Musical.”

Flores shared that Villavicencio even tried to make his own rendition of “AHEB: The Musical’s” version of the song “Pare Ko” by adding a stolen drum rhythm from Michael Jackson’s “They Don’t Really Care About Us.”

He tweeted: “A guy copied / ripped-off our musical arrangements for #AngHulingElbimboMusical (musical treatment, concept) without permission [and] won in that pop stage contest for his final round.”

And para sa mga productions and judges. You are judging concept and originality.. You tolerate ripping off.

Salomon expressed his disappointment by adding: “He won 1 million and an artist contract. I feel bad for the other contestants.”

He also called out on the production and judges of the contest for judging concept and originality, poorly.

“You tolerate ripping off,” Salomon added.

Ely Buendia, lead singer-composer of the iconic 90s band Eraserheads, stood with the “AHEB: The Musical” crew and said that he hopes for the issue to be “resolved soon.”

“The Pop Stage” online competition was hosted by actor Matteo Guidicelli and the judges were Jed Madela, Ritz Beltran, and Lani Misalucha.

Although evidence shows that Villavicencio’s entry was plagiarized, he insisted on his Facebook post that he had no intention to plagiarize anything.

“There was no intention whatsoever on my part to plagiarize. I am sorry if I caused undue distress, seemed disrespectful or if I have hurt the theater community,” he said in the post.

Villavicencio and “The Pop Stage” did not respond to PressONE.ph’s request for an interview. Jessica Ivy Zapata