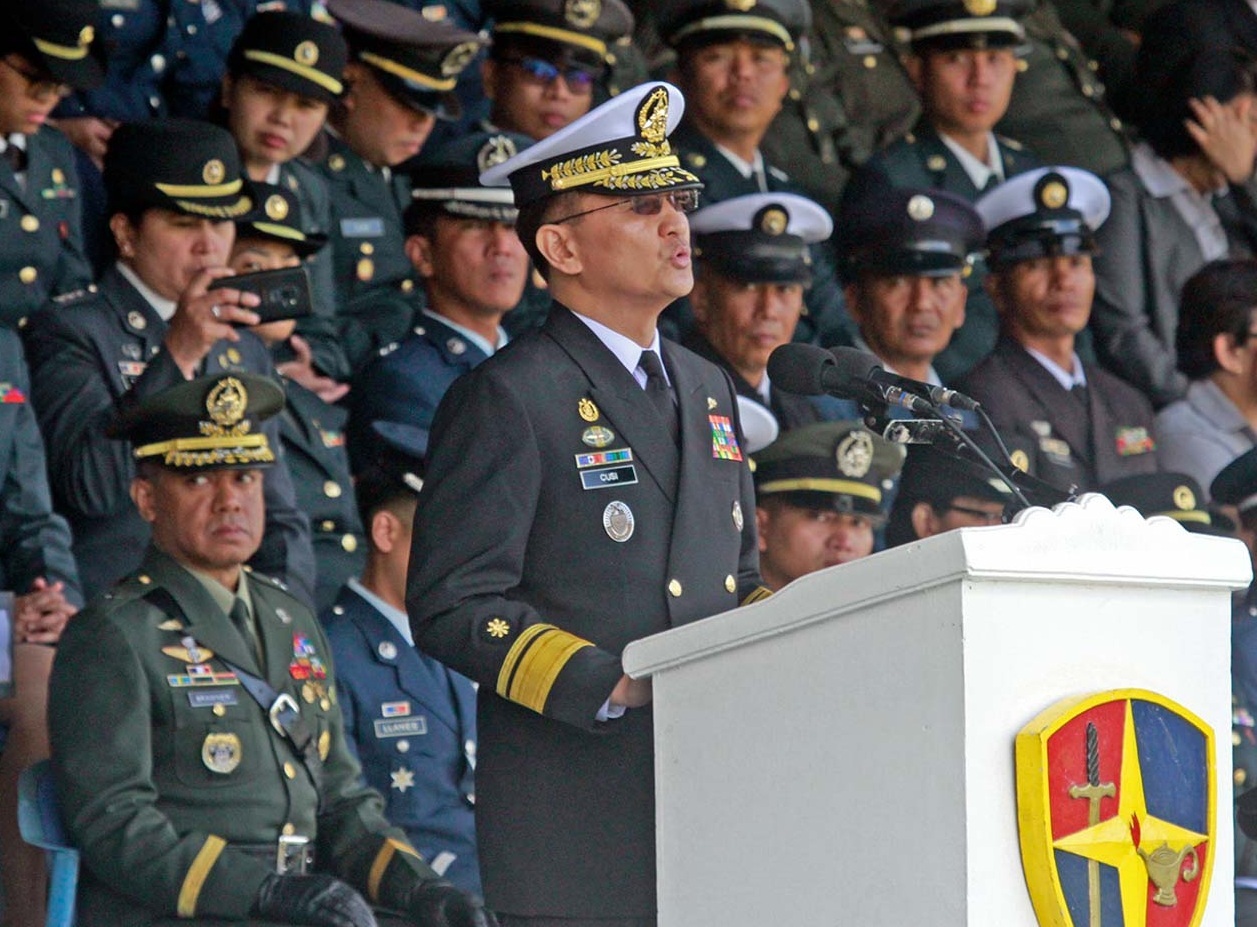 A new leader has officially assumed at the Philippines’ premier military institution.

Rear Admiral Allan Cusi is now at the helm of the Philippine Military Academy.

The Armed Forces hopes Cusi can make positive changes after one of the academy’s fourth class cadets, Darwin Dormitorio, recently died of hazing.

Cusi emphasized to the men and women of the academy that each and every one of them must stand up against hazing.

“The challenge of totally eradicating maltreatment is a burden I alone cannot bear.

Declaring an all-out war is not enough in totally eradicating hazing, it is a burden that must be carried by all PMA alumni and all officers of the AFP,” Cusi said.

But Cusi also admitted the culture of hazing and physical maltreatment started with the alumni themselves. He urged them to help eliminate this culture by condemning the use of violence as a way of testing the endurance of the cadets and their loyalty to the institution.

This is Cusi’s third stint at the academy and he hopes this time around he will be able to end the culture of violence there.

Cusi did not hide the fact that he also experienced hazing during his time but he said he and other generals in the armed forces believe it has to stop.

The Armed Forces chief said they are now in the process of determining how to improve the training modules of the cadets, and how to better deal with the honor code system within the PMA.

“Abuse and maltreatment have no place in the academy and Armed Forces at large. We do not condone violence in any shape or form. Being a good soldier and a leader requires more than endurance and tolerance of pain” AFP Chief of Staff Noel Clement said.

Clement said the fellow cadets tagged as suspects in the death of Dormitorio will be under custody of the PMA while criminal cases are being prepared.

Former PMA Superintendent Lt. Gen. Ronnie Evangelista and Commandant of Cadets Brig. Gen. Bartolome Bacarro, will be temporarily be under the office of the AFP Chief of Staff while an investigation is ongoing. (Jasper Camilo)