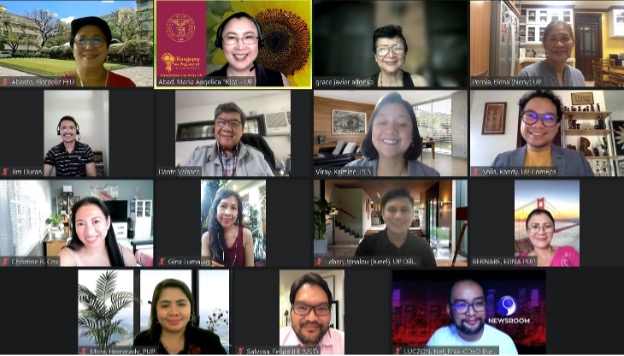 The Philippines Communication Society (PCS), the professional organization of communication practitioners and scholars, elected a new set of directors and officers in a virtual assembly on June 5.

The new board voted to a two-year term as PCS president Elena Pernia, who is University of the Philippines (UP) vice president for public affairs and former dean of the College of Mass Communication of UP Diliman.

Also elected to the PCS board were Hemmady Mora, dean of the PUP College of Communication, Flordeliz Abanto of Far Eastern University, communication practitioner Gina Lumauig, DanteVelasco of UP Diliman, Rhyndl Nephi-Z Luczon of the Philippine News Agency, Artin Umali of De La Salle University-Dasmariñas, and the immediate past president, Kriztine Rosales-Viray of PUP.

Incorporated in 1987, PCS represents the communication discipline in the Philippine Social Science Council and is the umbrella organization of all communication-related organizations in the country. It publishes PCS Review, the peer-reviewed research journal.