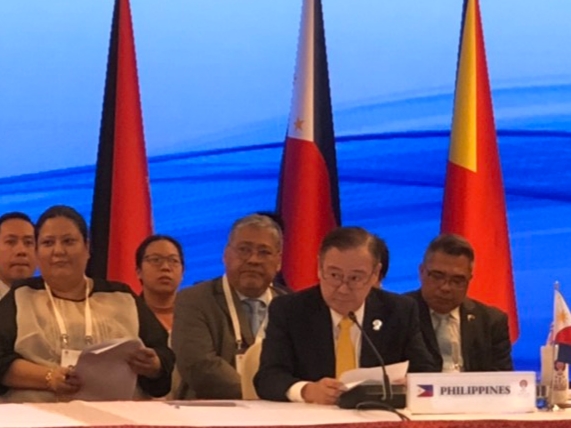 This is a forum of six members – Australia, the Philippines, Indonesia, Papua New Guinea, New Zealand and Timor Leste — to exchange views and information on different issues.

In a statement, the Department of Foreign Affairs said the officials recognized the need to maximize opportunities required in greater cooperation within the sub-region, and agreed to pursue concerted efforts in combating the damaging effects of climate change in the region, sea level rise as well as extreme weather occurrences in recent years.

They underscored the importance of the sustainable use of fisheries and marine resources, and the need to regularly share information on marine issues.  They also exchanged views on the pursuit of regional connectivity through potential projects on connectivity development in transport, trade, energy and ICT linkages to further support inclusive economic growth.

They adopted a joint statement reaffirming the importance of regional cooperation and committing to stronger cooperation among SwPD countries.

The Philippines turned over to Timor-Leste the chairmanship of the 18th Southwest Pacific Dialogue Ministerial Meeting in Vietnam next year. (Melo M. Acuña)