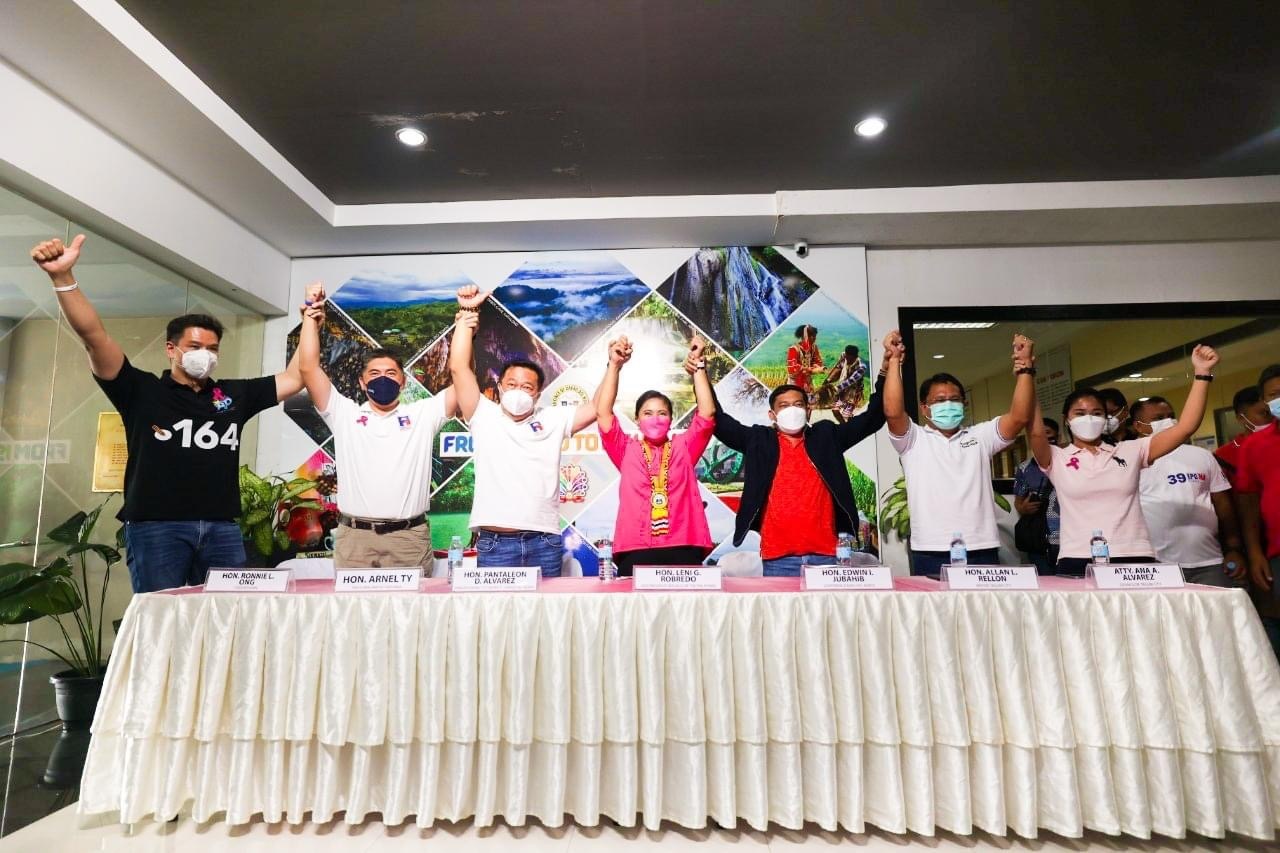 Partido Reporma has officially endorsed the presidential candidacy of Vice President Leni Robredo in the May 9 elections.

Davao del Norte Representative and Partido Reporma president Pantaleon Alvarez made the statement Thursday immediately after Senator Panfilo Lacson dropped his membership and chairmanship in Partido Reporma.  Lacson, who is also running for president, said that he is leaving since the party had already decided to support another presidential aspirant.

“Our ground leaders have expressed their wish to participate in that brave calling. And that is why a hard choice must be made. With a heavy heart, many members of Partido Reporma are constrained to consider a candidate other than their first choice,” Alvarez said in a statement.

“We reasonably believe that the only realistic option at this point, with roughly a month and a half left [before the elections], is to converge with Leni Robredo’s campaign,” he added.

Alvarez described Lacson as “the best” and “the most qualified to be president.” But the reality on the ground made the party change their position.

“Time and context framed the narrative of 2022 in a way that gave traction, rightly or wrongly, to other candidacies instead. This is a difficult fact which takes courage to admit,” he said.

Meanwhile, Lacson said in a press briefing in General Santos City that he will continue his campaign for Malacañang as an independent candidate.  Ronald Espartinez