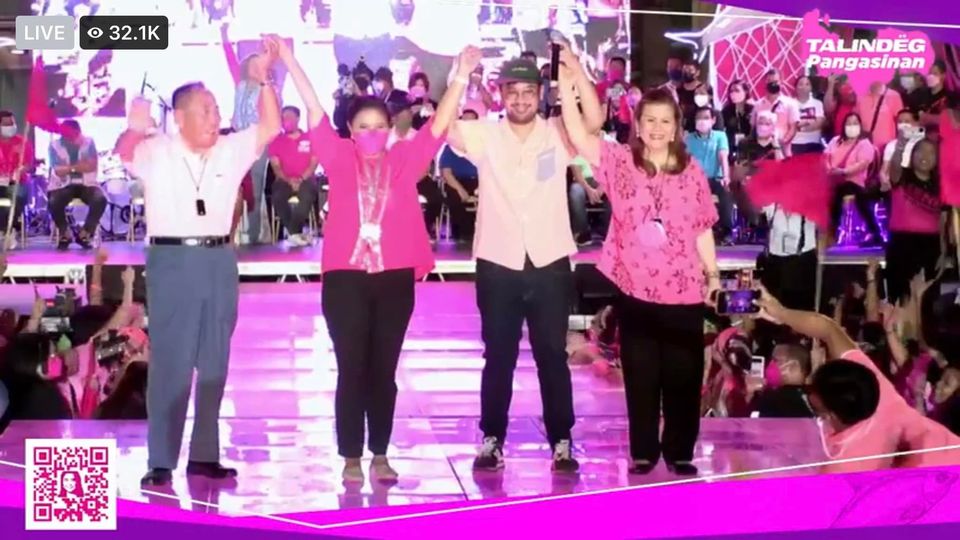 The former house speaker, one of the founders of Lakas – Christian Muslim Democrats (Lakas-CMD), currently serves as party chairperson emeritus along with former President Fidel Ramos. The younger de Venecia is the regional and provincial chairperson of the party. Lakas-CMD is endorsing the candidacy of Marcos and vice presidential candidate Davao City mayor Sara Duterte-Carpio who also sits as the party’s chairperson.

The son of the former House speaker admitted that their decision to support Robredo was filled with fear.

The de Venecias’ support may be crucial for Robredo in Pangasinan where she lost in the 2016 vice presidential race to Marcos by around 567,000 votes.

Local Pangasinan officials showed up at her rallies in the province. Robredo said that some officials are afraid of openly endorsing her.