Palace: Duterte is ‘fit and healthy’

President Rodrigo Duterte is “fit and healthy,” Malacañang said on Thursday as rumors of the chief executive being sick spread.

“President Rodrigo Roa Duterte remains fit and healthy for his age and we thank the Filipino people for voicing their concern and wishing the chief executive’s strength and good health during this time of Covid-19 pandemic as he continues to discharge his functions as head of the government,” Palace spokesman Harry Roque said in a statement.

The outbreak among PSG members led to the postponement of the president’s weekly address twice this week.

He also recently posted photos of the president attending to paperwork. 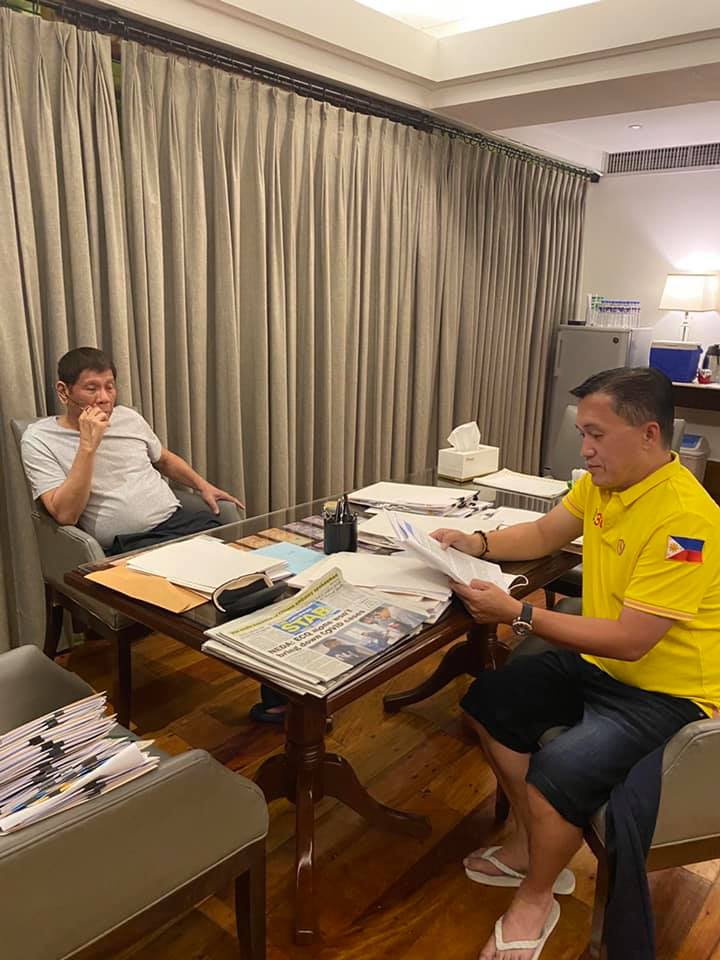 The Constitution requires the president to be transparent to the public on his health status.

Section 12 of Article VII reads: “In case of serious illness of the president, the public shall be informed of the state of his health. The members of the cabinet in charge of national security and foreign relations and the chief of staff of the Armed Forces of the Philippines, shall not be denied access to the President during such illness.” John Ezekiel J. Hirro