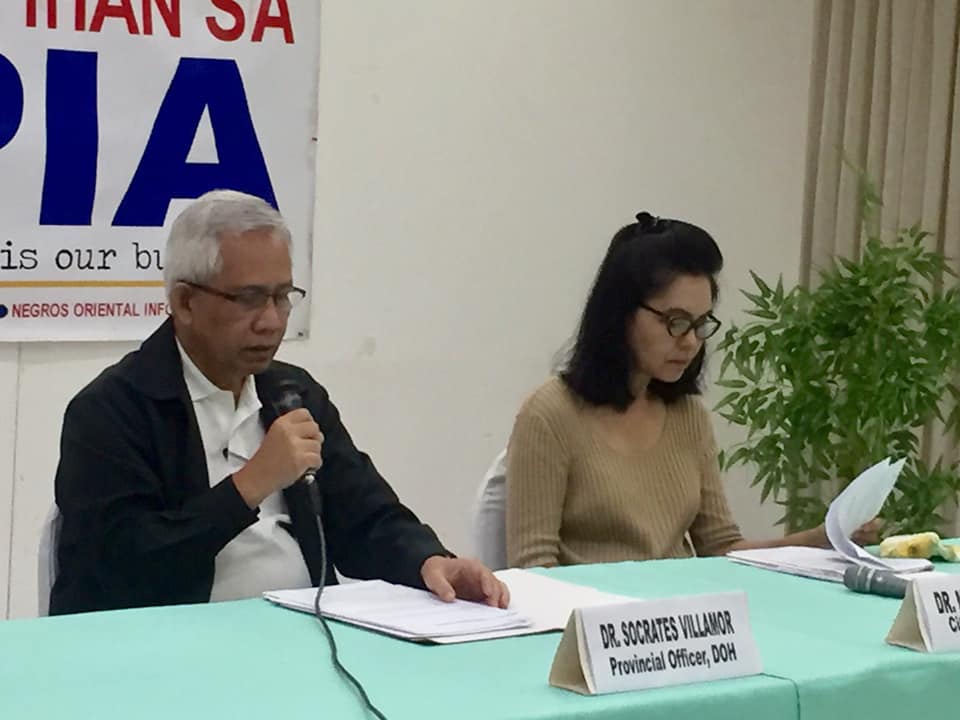 Dr. Socrates Villamor of the Department of Health – Negros Oriental and Dr. Ma. Sarah Tala, Dumaguete City Health Officer talk about the HIV-AIDS cases reported in Negros Oriental from January to April this year during the ‘Kapihan sa PIA forum’ on Friday. (Photo from the PIA Negros Oriental Facebook page)

Men having sex with men is still the number one mode of transmission of the Human Immunodeficiency Virus (HIV) in Central Visayas (Region 7), local health officials disclosed Friday.

Dr. Socrates Villamor, chief of the Department of Health (DOH) – Negros Oriental, said that based on regional data, 159 cases reported were due to men having sex with another man, which, he said, remains the number one mode of transmission of the HIV, followed by men having sex with another man or woman (75 cases), heterosexual sex (39 cases), and injecting drug use (36 cases). Most of the cases involving injecting drug use are found in Cebu, he said.

Villamor said a total of 175 HIV-AIDS related-deaths were recorded from 1984 to April 2019 in Central Visayas (Region 7), 17 of those deaths reported in the region from January to April this year alone.

Dr. Ma. Sarah Tala, Dumaguete City Health Officer, said that as of 2018 54 cases of HIV were reported in Dumaguete City as they have not yet received updated reports for this year.

Villamor said they need to get the data from the national DOH office in Manila in order to update their data since test results are released back to the facility where the confirmatory test was made. (Rommel F. Lopez)