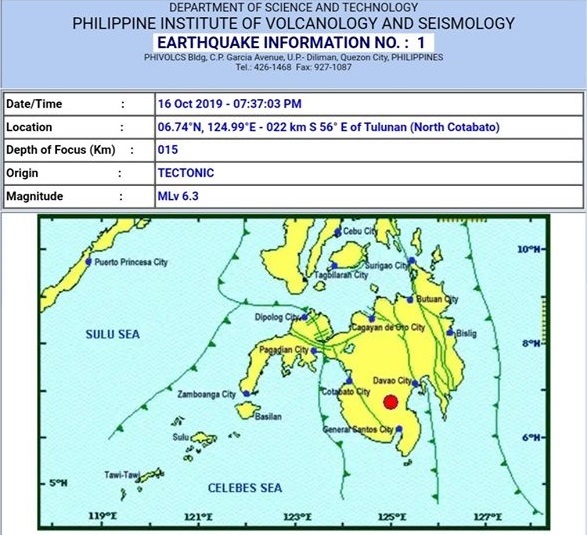 The official Phivolcs bulletin on the Magnitude 6.3 that struck Central and Southern Mindanao Wednesday night.

The Philippine Institute of Volcanology and Seismology (Phivolcs) said the quake struck at 7:37 p.m. It was of tectonic origin and had a depth of 2 kilometers and its epicenter located 23 kilometers southwest of Makilala.

The following intensities were recorded: 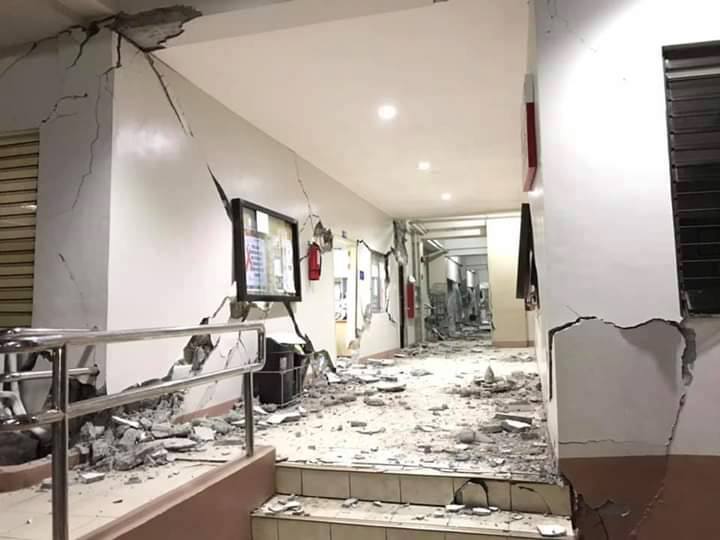 A 7-year-old girl from Datu Paglas, Maguindanao, died after a wall collapsed on her following the tremor.

Philvolcs Director Renato Solidum said no tsunami warning was raised since the epicenter of the quake was inland and not at sea.

Even in the absence of a tsunami warning, residents of a coastal village in Davao City scampered for higher ground after they observed sea water suddenly falling, triggering a tsunami scare.

Shoppers in malls in Davao City were seen rushing out of the buildings when the quake struck.  Mall operators immediately closed the malls to assess if there was any damage to the building.

Davao City Mayor Sara Duterte immediately cancelled classes in all levels in the city to assess the structural integrity of school buildings.  Other cities affected by the quake, like Kidapawan, Digos, Tacurong and Cotabato, also suspended classes.

A pregnant woman in Kidapawan City suffered a miscarriage after the series of aftershocks rocked the city.

Worshippers inside the newly renovated Kidapawan Cathedral were seen rushing out of the church when the tremblor struck. They just attended Holy Mass for the re-dedication of the cathedral led by Kidapawan Bishop Jose Colin Bagaforo.

A building of Cor Jesu College in Digos City was severely damaged after the quake. 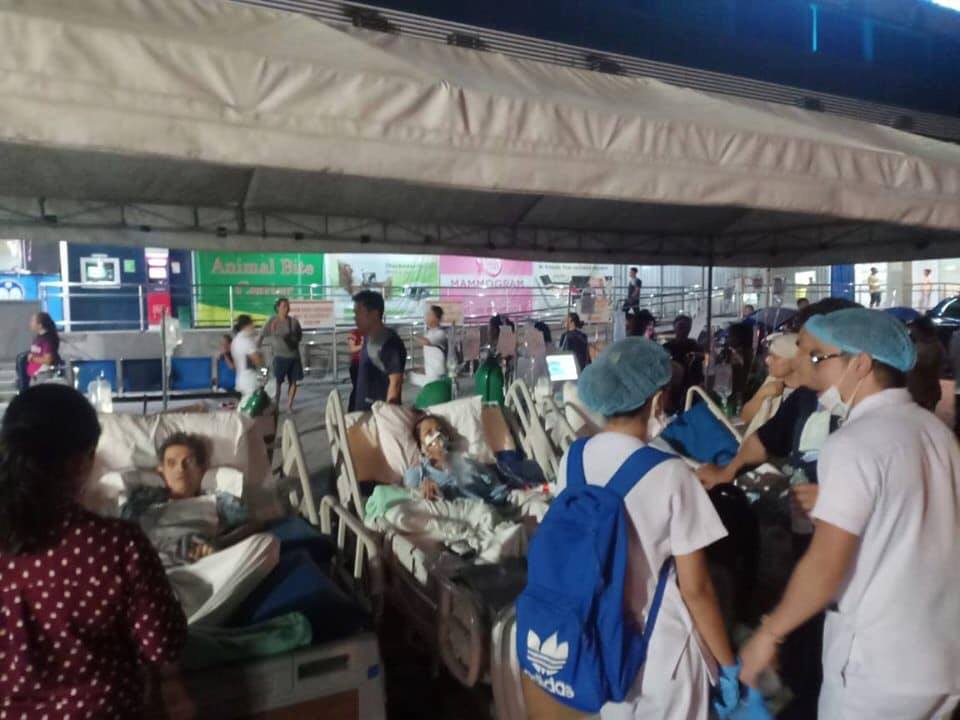 Hospital staff of the Dr. Arturo Pinggoy Hospital in Koronadal City tend to patients evacuated at the hospital’s parking lot after the tremor (photo by Amiel Cagayan/pressONE.ph)

Patients of the Dr. Arturo Pinggoy Hospital in Koronadal City and the South Cotabato Provincial Hospital were immediately evacuated after the tremor.

Local officials in Magsaysay town, Davao del Sur, said more than 20 people were injured by falling debris.  Some houses were also reportedly destroyed by the quake.

In General Santos City, fire erupted at the first floor of Gaisano Mall right after the temblor.

By Thursday morning, the fire engulfed the second and third floors.

Power outages in parts of South Cotabato, North Cotabato and the entire city of Kidapawan were reported after the Mouth Apo geothermal power plant tripped following the quake.

The Philippines is one of the most-disaster prone countries in the world.  It sits on the seismically active Pacific “Ring of Fire,” making earthquakes and volcanic eruptions very frequent in the archipelagic nation.  In July 1990, a magnitude 7.7 quake, one of the strongest on record, killed almost 2,000 people in Luzon.