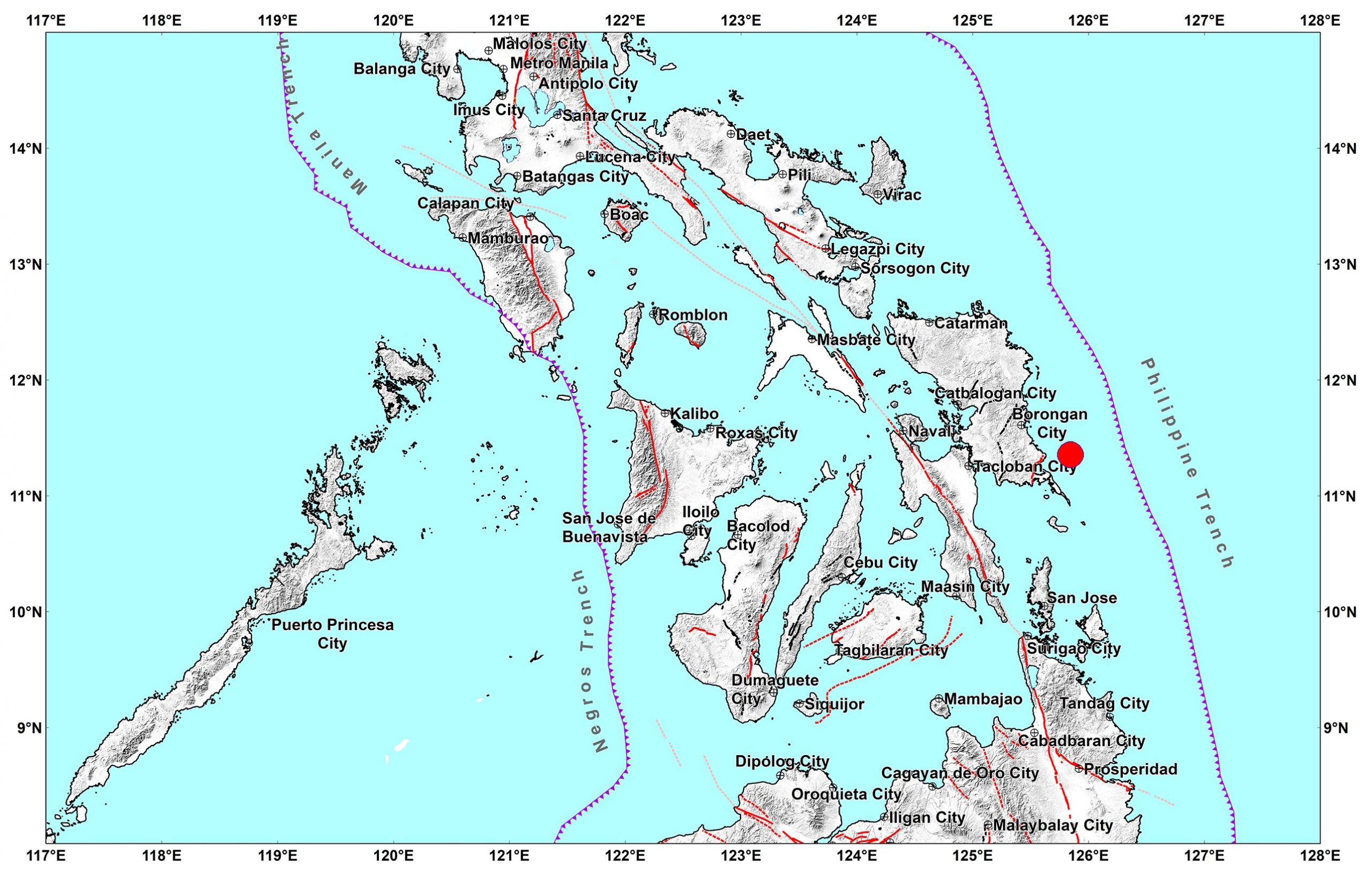 the Philippine Institute of Volcanology and Seismology (Phivolcs) said the quake, which was tectonic in origin struck at 2:49 p.m. at a depth of 48 kilometers. Its epicenter was located 25 kilometers northeast of Hernani, Eastern Samar.

Intensity 4 was felt in Hernani, while intensity 3 was felt in Llorente, Eastern Samar. Meanwhile, Intensity 2 was felt in Catbalogan City, La Paz, Julita, Dagami, Tanauan, Dulag, and Barugo in Leyte.