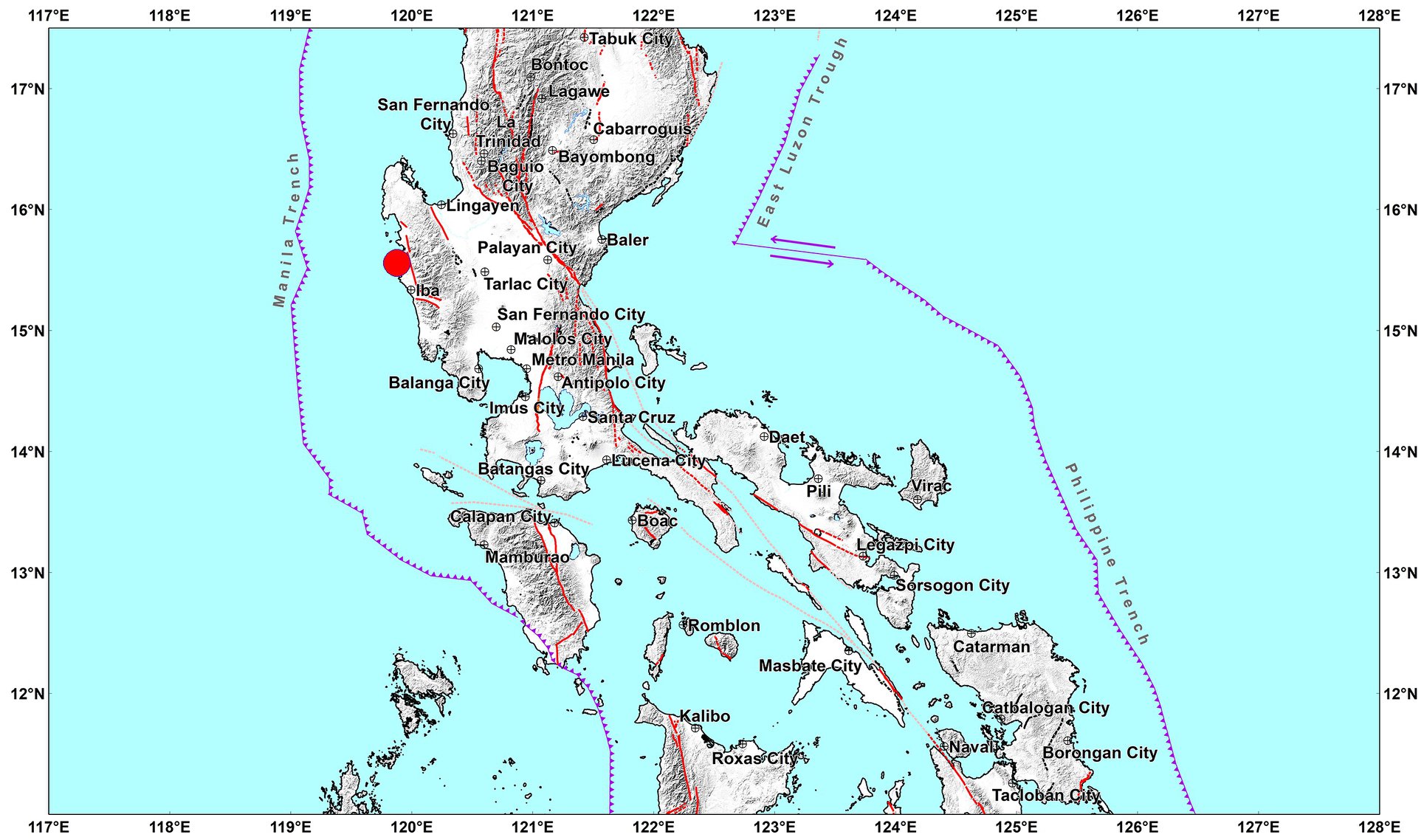 Masinloc, Zambales was rocked by a magnitude 4.7 earthquake on Sunday afternoon, the Philippine Institute of Volcanology and Seismology (Phivolcs) said.

The latest Phivolcs report showed the quake’s epicenter at 9 kilometers northwest of Masinloc with a depth of 29 kms.

The following intensities were recorded in these areas:

Instrumental intensities were also recorded in these areas:

No damage to properties and aftershocks are expected, the Phivolcs added.  Ronald Espartinez