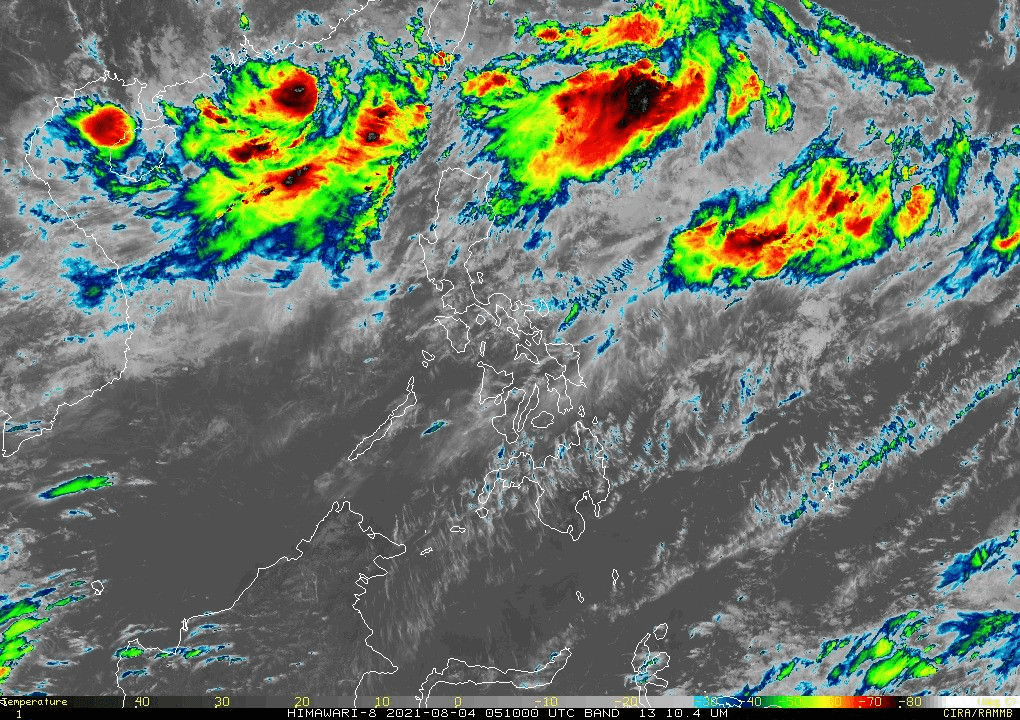 This satellite image from Pagasa shows “Gorio” inside the Philippine Area of Responsibility as of August 4, 2021.

State weather bureau, Pagasa, said the low pressure area spotted off Batanes has developed into a tropical depression and given the name Gorio on Wednesday morning.

In its latest bulletin, Gorio was last seen at 730 kilometers east northeast of Itbayat in the said province.

The country’s seventh storm this year has maximum sustained winds of 45 kilometers per hour (kph) and gustiness of up to 55 kph.

It is moving east northeast at a speed of 20 kph and is expected to traverse that direction in the next 12 hours and would shift north northeastward tomorrow morning.

The state weather bureau said no storm signals are up yet in any part of the Philippines.

The rest of the country may experience isolated rains or thunderstorms due to habagat. Rommel F. Lopez