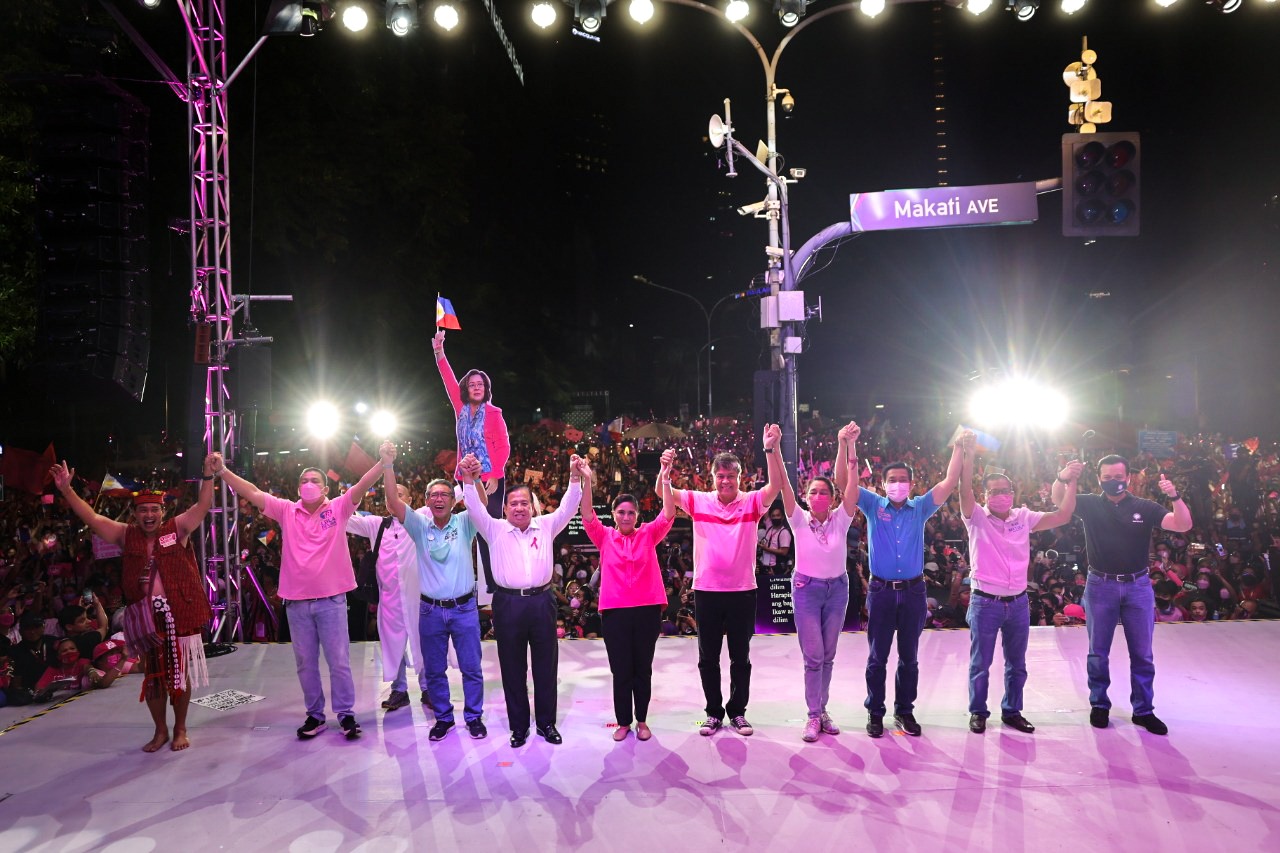 Vice President and presidential aspirant Leni Robredo, and her running mate Senator Kiko Pangilinan, along with their senatorial slate have concluded their 90-day people’s campaign with over 780,000 supporters in Ayala, Makati.

Robredo mentioned the beginning of her story as presidential aspirant in October 2021, adding that during that time, she could still see supporters among the crowd.

The location of the miting de avance has been the place of many historic moments in the country’s political history.