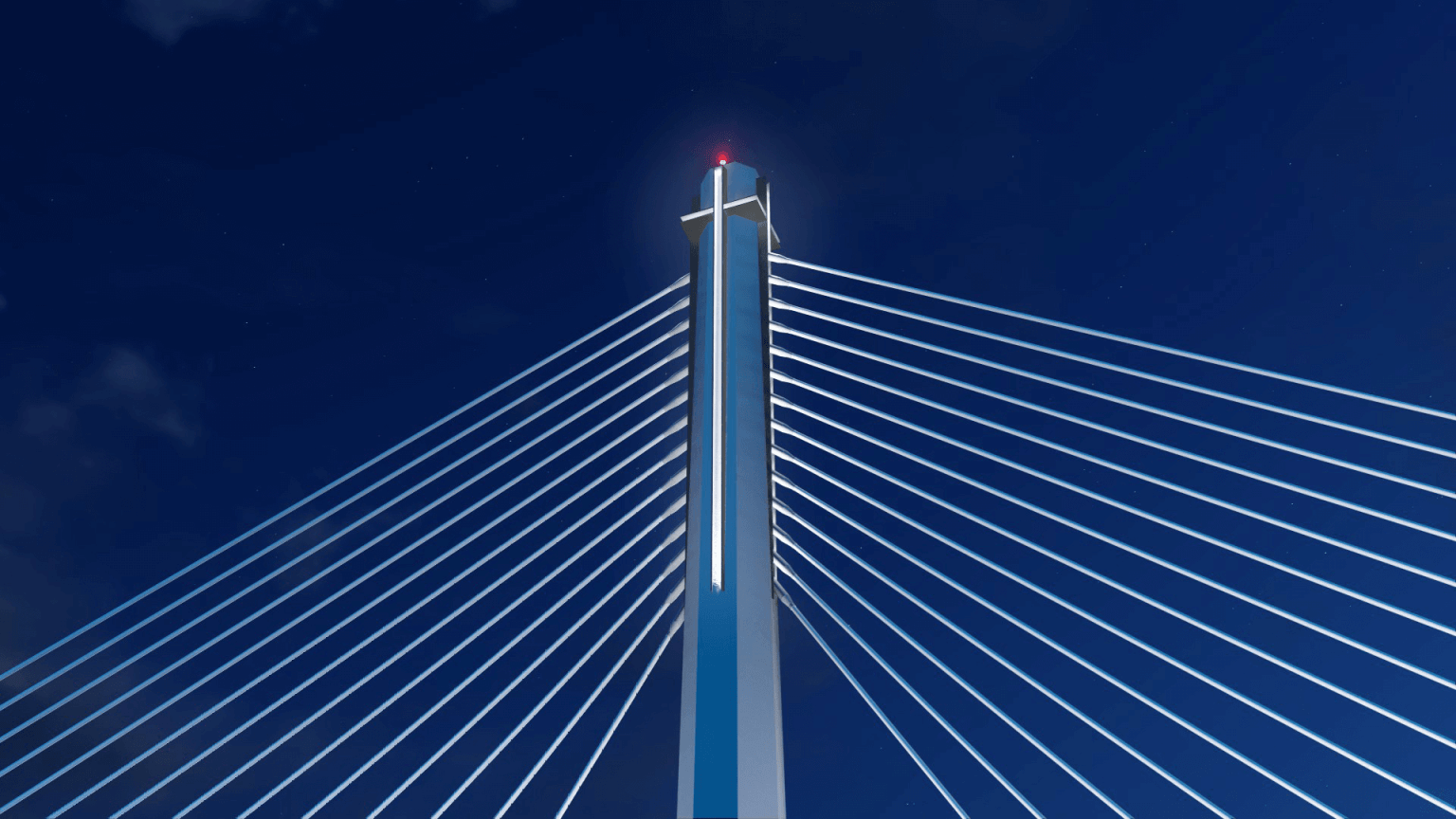 Cebu’s iconic CCLEX will light up its eight 40-meter high crosses by April 2021 in time for the country’s epic celebration of 500 years of Christianity in the Philippines. | MYCEBU PRESS RELEASE

The Cebu Cordova Link Expressway Corp. has started the construction of eight “ecumenical” crosses as part of activities for the celebration or 500 years of Christianity in the Philippines.

In a statement, the company said the building of the eight crosses was “inspired by the 500-year-old Magellan’s Cross and symbolizes Cebu being the cradle of Christianity in the region.”

The installation of eight crosses on top of the 8.5-kilometer Cebu-Cordova Link Expressway (CCLEX) towers will be completed and illuminated by hundreds of LED strip lights before the historic commemoration on April 14, 2021.

Cebu Archbishop Jose Palma will lead the blessing together with Cebu City and Cordova town officials on neighboring Mactan Island.

“With the cross-shaped structures lit up above the twin pylon of CCLEX, we are honored to become part of the commemorations of a historical chapter in the lives of our countrymen,” said Metro Pacific Tollways Corp. President Rodrigo Franco.

Fr. Mhar Balili, secretary general of the Archdiocese of Cebu’s 500th year festivities, said the crosses would be a symbol of celebration for all. “The crosses, having no corpus or body, is ecumenical (universal, all-embracing),” Balili said.

The CCLEX crosses will be 40 meters high and will be lit at night as a sign of “Christianity’s influence in Asia’s first Christian nation.” Ryan Sorote