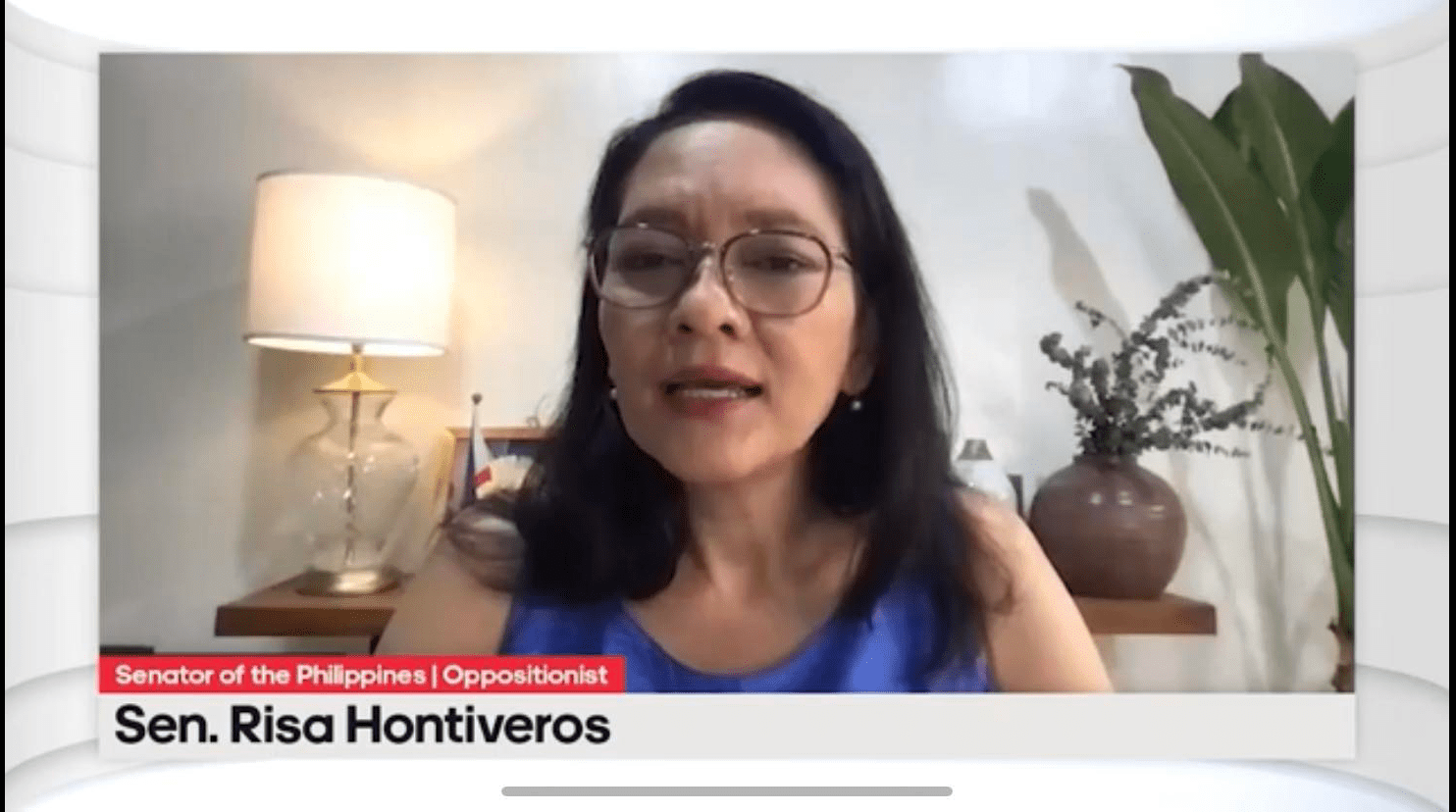 Opposition senator Risa Hontiveros is opposed to mandatory training under the Reserve Officers’ Training Corps (ROTC), which was proposed by President Ferdinand Marcos Jr. during his State of the Nation Address (SONA).

In a PressOnePH podcast interview, Hontiveros said the youth should have more avenues to channel their nationalism, such as opportunities in the government, the private sector, and civil society.

Hontiveros also said that funds to convince the youth to choose the military profession could be reappropriated toward modernization, veteran support, and the defense of the West Philippine Sea.

The sole opposition candidate to win in the May 2022 senatorial contest earlier drew mixed reactions for her refusal to applaud Marcos during his first (SONA) on July 26.

The mandatory ROTC program was abolished on March 23, 2002 due to the death of University of Santo Tomas ROTC member Mark Welson Chua, who was murdered for divulging corrupt practices in the UST-ROTC to the Varsitarian, the campus paper of the university.

Marcos Jr. in his SONA called on the Congress to support the passage of mandatory ROTC law, to be implemented in the Senior High School levels.

“This seeks to reinstitute the ROTC program as a mandatory component of senior high school programs in all public and private tertiary-level educational institutions.The aim is to motivate, train, organize and mobilize the students for national defense preparedness, including disaster preparedness and capacity building for risk-related situations,” said Marcos Jr.

This move was supported by the Department of Education (DepEd), who praised it for its promotion of nationalism.

“The DepEd is in support of such measure to make ROTC mandatory, basically because it adheres to one of our core values of being makabansa,” said DepEd spokesperson Michael Poa.

A recent Pulse Asia survey commissioned by Sen.Sherwin Gatchalian showed that 69% of Filipinos supported mandatory ROTC, while 16% disagreed and 15% were undecided.

Progressive student groups, in a joint statement, said that this will further add burden to students’ mental health.

“Amid a crisis on student dropouts and mental health problems, Marcos’ solution is to add to the burden of students by forcing them to go under ROTC,” said the Akbayan Youth, the Student Council Alliance of the Philippines and the Bukluran ng mga Progresibong Iskolar. Adrian L. Parungao