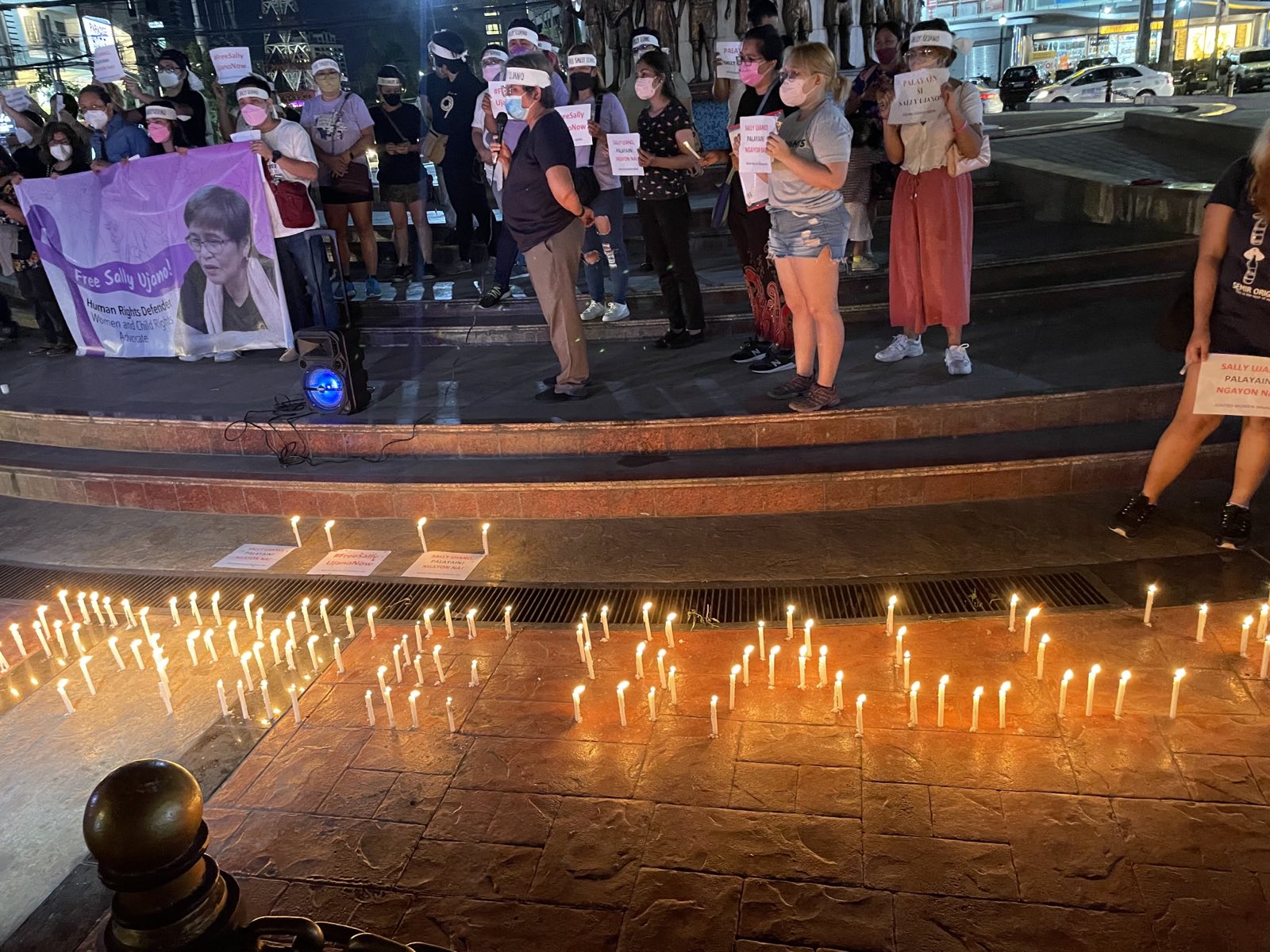 Photo from World March of Women

Women’s groups on Sunday mounted a candle-lighting ceremony to call for the freedom of anti-trafficking advocate Ma. Salome “Sally” Ujano.

The event, organized by World March of Women (WMW) – Pilipinas and attended by other women’s groups, was held ahead of Ujano’s arraignment on International Women’s Day, March 8.

Ujano was executive director of Women’s Crisis Center and later national coordinator of Philippines Against Child Trafficking. She collaborated closely with police and other government agencies in establishing a “rights-based approach” in handling trafficking cases.

WMW Pilipinas national coordinator Jean Enriquez said how Ujano had “become a victim of the abuse and exploitation that she and her colleagues have always protected women from” was deeply troubling.

“Her detention is a huge loss to vulnerable women and children who need protection, and to the nation as a whole,” she said.

Klaro Manuel, Sally’s eldest son, said his mother’s detention “denied her opportunities to share her expertise and knowledge on anti-VAWC (violence against women and children) work, including anti-human trafficking.”

The Philippine National Police declared her one of the country’s most wanted and claimed that she had been hiding for 15 years.