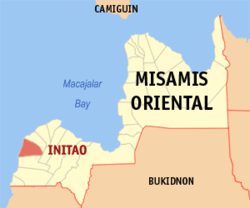 A 65-year-old man who went on a murderous frenzy was killed together with the police officer who tried to stop him when the grenade that the suspect had been brandishing accidentally went off inside the Initao College in Jampason, Initao, Misamis Oriental on November 28.

The explosion wounded 17 people, including another police officer and some students inside the campus.

Ampaso successfully entered the vicinity with a grenade until his vehicle loaded with lumber was flagged down by personnel of the Department of Environment and Natural Resources (DENR).

The DENR personnel ran towards the campus, which is 500 to 800 meters away when the suspect started making a scene inside their office.

Magno together with his team immediately responded and attempted to stop the suspect. Magno and the suspect were in the middle of their commotion when the grenade exploded.

One of the police officers, P MSgt. Alice Balido was wounded.