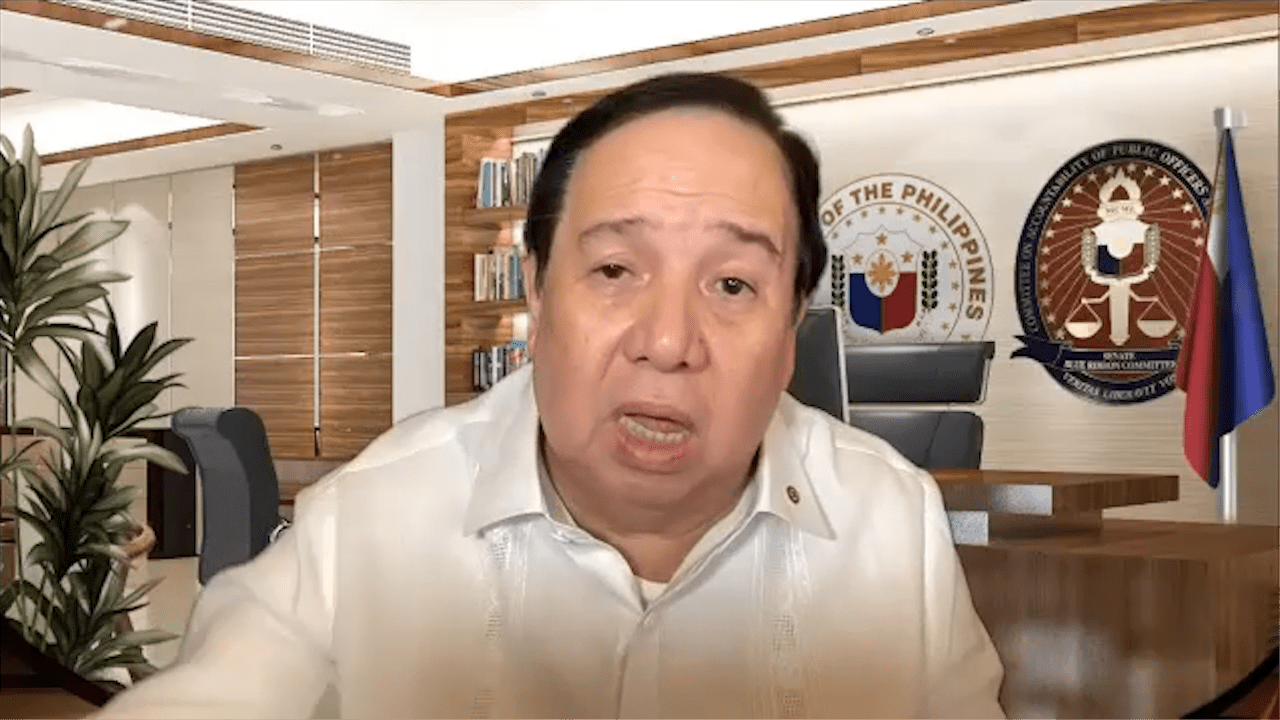 The Darganis were apprehended by Senate security at the Davao International Airport and were detained at the Senate.

In a statement, Gordon said it was “obvious” that the Pharmally executives were trying to “abscond from any liabilities” in the alleged anomalous deals they entered with the government in the procurement of Covid-19 supplies.

“Flight, especially on an expensive international chartered jet, is truly a clear sign of guilt. Evasion has always been the strategy of the guilty. This should also apply to former [Budget] Undersecretary [Christopher] Lao who has also been evading arrest,” the Senate Blue Ribbon Committee chair said.

Gordon added that it was “not surprising” that the two plotted their escape and had been hiding in Davao, the bailiwick of President Rodrigo Duterte.

Amid the Senate’s investigation of Pharmally, a small company that had been the government’s biggest supplier of medical supplies amid the pandemic, Duterte has come to the defense of his allies and former appointees, including his Cabinet members and ex-adviser Michael Yang.

“[O]ur task is not yet complete. The Darganis will be detained at the Senate until they tell the Filipino people the whole truth. We hope they will be more forthright in answering our questions in the next hearing on Nov. 26,” Gordon said. John Ezekiel J. Hirro