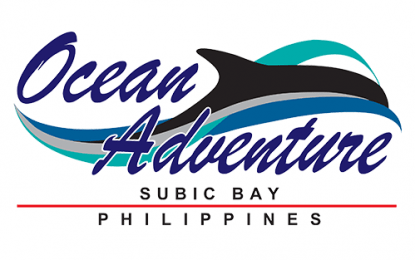 Ocean Adventure, Subic’s famous theme park and its facilities will soon be foreclosed by the Subic Bay Metropolitan Authority (SBMA) due to various contract violations and its inability to deliver committed development plans.

Violations raised against SBMEI include illegal subleasing of property, construction without permits, improper waste storage, closure of public roads, on top of incurring payment arrears of P25 million and non-payment of P7 million of its present financial obligation.

Eisma stressed that they had notified SBMEI early on about these violations and had even assisted them in dealing with their issues.

But “after months of negotiation and attempts to help SBMEI keep its lease, there is no longer any other recourse but to apply the law and pre-terminate the company’s lease agreement,” the SBMA official admitted.

Eisma also pointed out that SBMEI’s inability to live up to its promise to develop the property “also prejudiced the SBMA’s financial interest because it curtailed the agency’s earning potential.”

With the implementation of the pre-termination order, SBMEI’s 493.16 hectares of undeveloped property will be repossessed by the SBMA once the 30-day reckoning period is over.

After this, the SBMEI has two years to slow down and wrap up its operations not only in Ocean Adventure Park but also in Camayan Beach and even Adventure Water Park which recently opened.

Eisma stressed that the longer closing activities takes into account “the disruption and stress this would cause to the animals, hence the two-year leeway.”

Robert Gonzaga, president and chief executive officer of SBMEI, said the company is “surprised and greatly disappointed” with the foreclosure order.

“It is so obviously designed to inflict harm on SBMEI. We were negotiating with them in good faith, but they decided to apply undue pressure instead,” he said.

Gonzaga said the SBMA’s statements “already had an immediate and negative impact on the company, prompting concerned calls from tour operators, suppliers, guests, and other stakeholders.”

He added that the SBMA’s decision “could potentially lead to tying up SBMEI property in litigation for many years to come, not to mention the chilling effect it will have on potential investors [of] the SBFZ (Subic Bay Freeport Zone), loss of hundreds of jobs, and a blemish to the agency’s reputation.”

SBMEI says it employs about 500 workers from Olongapo City and Bataan.  (Jojo Mangahis)