What actually happened was that the National Telecommunications Commission (NTC) reassigned ABS-CBN’s frequencies. 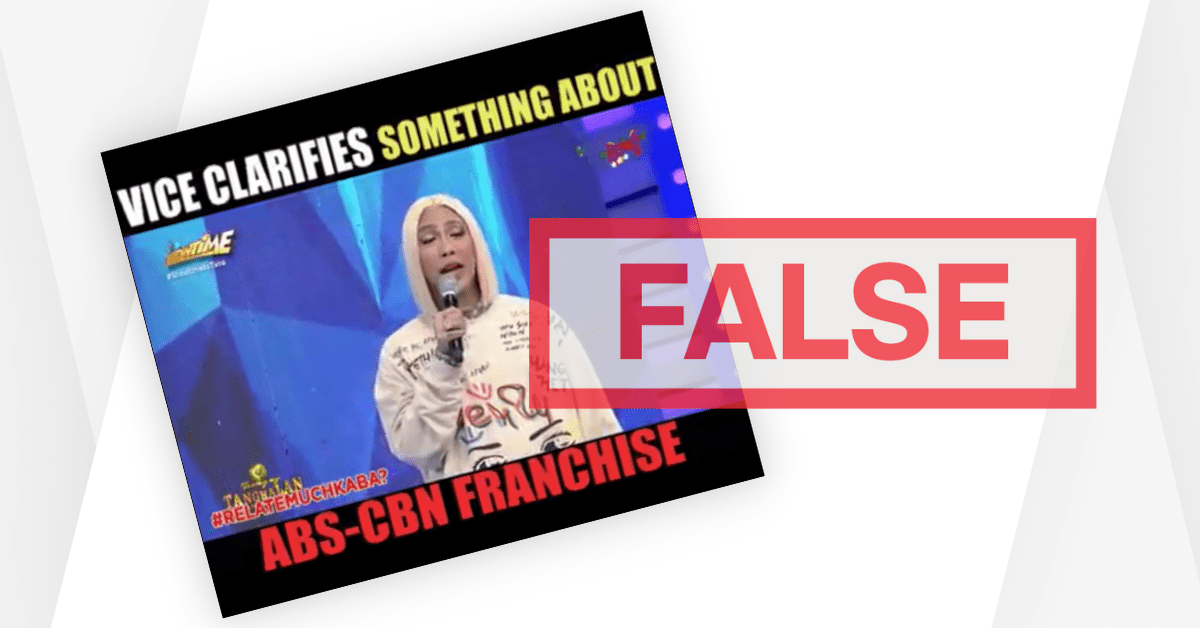 The clip on the Jeepney TV Facebook page alone has been viewed 23,500 times.

Vice Ganda was addressing criticism that he and other ABS-CBN stars who had backed Robredo’s candidacy were only after the return of the Lopez-owned TV network’s franchise, which was thumbed down by the House of Representatives last year. The decision of the House, which is packed by allies of President Rodrigo Duterte, forced the shutdown of ABS-CBN.

However, what actually happened was that the National Telecommunications Commission (NTC) reassigned ABS-CBN’s frequencies, which went to Advanced Media Broadcasting System Inc., Sonshine Media Network International, and Aliw Broadcasting Corp. News of the reassignments were first broken by the Bilyonaryo website and were confirmed by the NTC in separate press releases here, here, and here.

The NTC decision however is questionable, according to a story published on the website of the Center for Media Freedom and Responsibility. It quoted lawyer Rudolph Jularbal, general counsel and spokesperson of KBP, who said the reassignment of frequencies were anomalous and did not follow procedure.

Franchises are a different matter and are awarded by Congress, in accordance with the Constitution. Franchise holders may then obtain frequencies from the NTC, if these are available.

ABS-CBN is free to apply for a new franchise in the next Congress. Assuming it obtains a new franchise, it would need to fight it out for the already scarce broadcast frequencies.