Ex-journalist Gilbert Remulla claims a photo of the Kalinga rally of Ferdinand “Bongbong” Marcos Jr. came from ABC5 when in fact the photo was sourced from the Facebook page of Marcos by News 5, not ABC5. 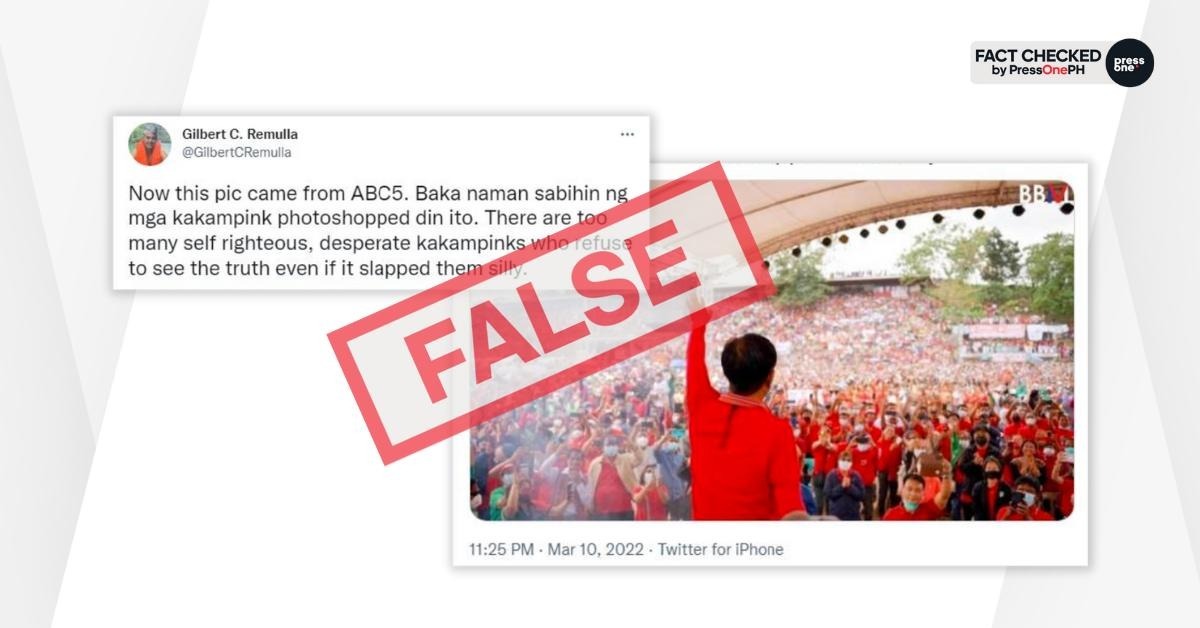 Remulla claims the photo of the rally came from ABC5.  An archive of the tweet can be viewed here.

First, there is no ABC5 news network operating in the Philippines.  ABC or the Associated Broadcasting Company is the former name of TV5.  Its news service is News5, which released the photo.

He also made the claim that News5 took the original photo.

This is also false because the original came from the Facebook Page of Bongbong Marcos.  The same photo was also shared by Manila Bulletin. – Rommel F. Lopez