The site of the Marcos-Duterte rally in Cebu can only accommodate about 150,000 people 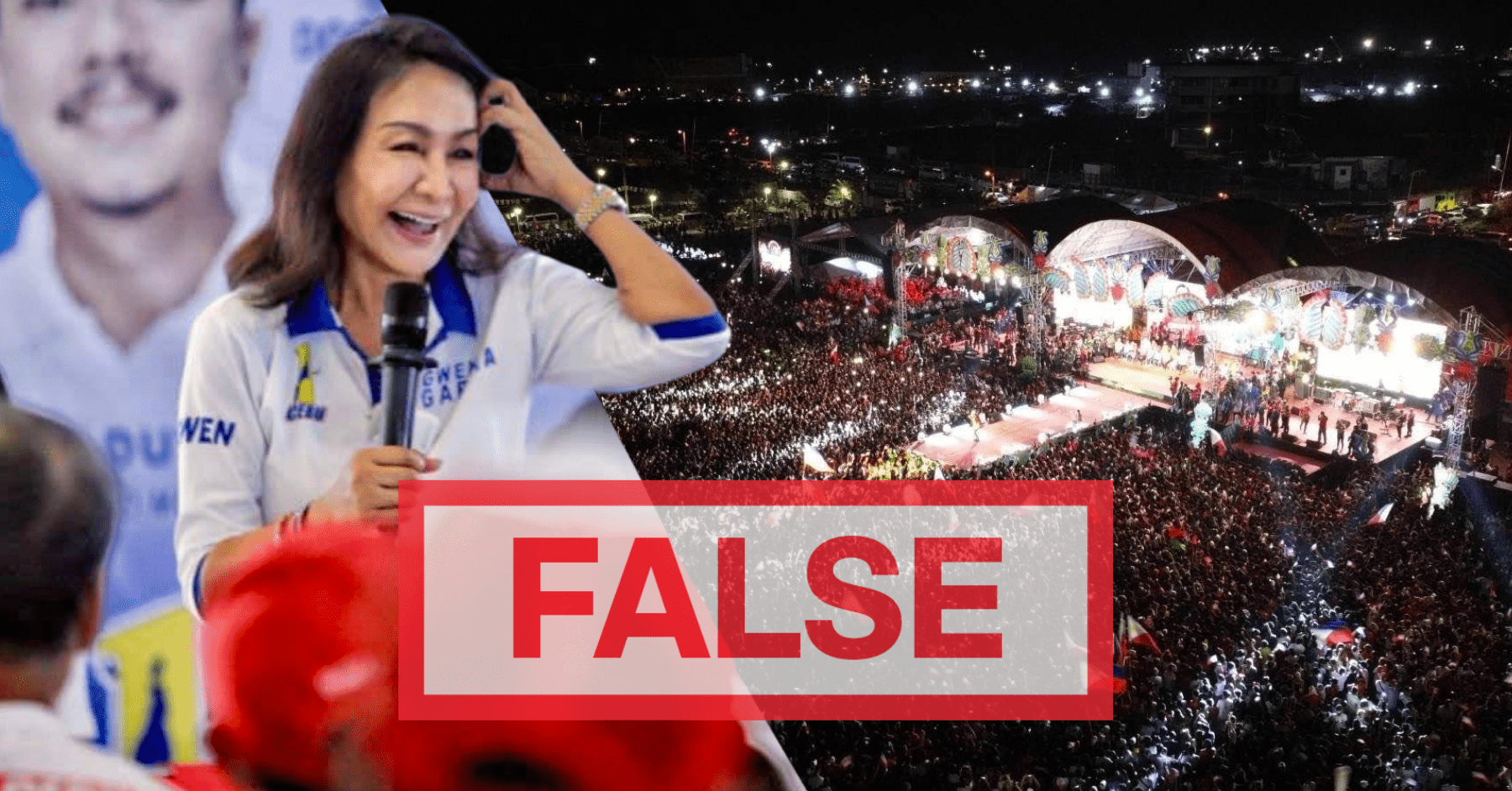 Cebu Gov. Gwen Garcia, an ally of the Marcos-Duterte tandem, claimed that the UniTeam Festival Rally in Cebu City on April 18 drew 300,000 supporters.

“Do the math, the rally site at Filinvest Development Corp. on South Road Properties in Cebu City is a 30-hectare lot and one hectare is 10,000 sq.m. Multiply 30 by 10,000 equals 300,000 at least, if we are to give an allowance of one sq.m. per person. Period,” said Garcia, as quoted by a SunStar Cebu article.

The Citi De Mare, Filinvest Grounds, venue of the UniTeam’s sortie, covered 2.9974 hectares or 299,974 sq.m. and not the full 30-hectare (ha.) property of Filinvest as falsely claimed by Garcia.

Venue of the UniTeam rally in Cebu.

Pro-BBM-Sara supporters are also circulating screengrabs of a bigger Filinvest lot estimated to be around 6.5515 ha., which can accommodate over 300,000 people.

However, this is a lot adjacent to the site of the UniTeam rally and therefore not the actual site of the rally.

Even with a packed crowd estimated at five people per square foot, the actual venue can only accommodate 149,869, based on the crowd size estimating tool Mapchecking.com,

Other netizens also chimed in and found Garcia’s claim false as the property cannot hold 300,000 people.

A drone shot of the event, with its brightness is adjusted, revealed that the entire lot was not occupied to capacity as claimed by Garcia and local police officials. 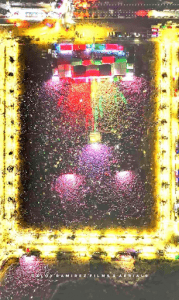