Facebook played a role in rise of authoritarianism in PH – whistleblower 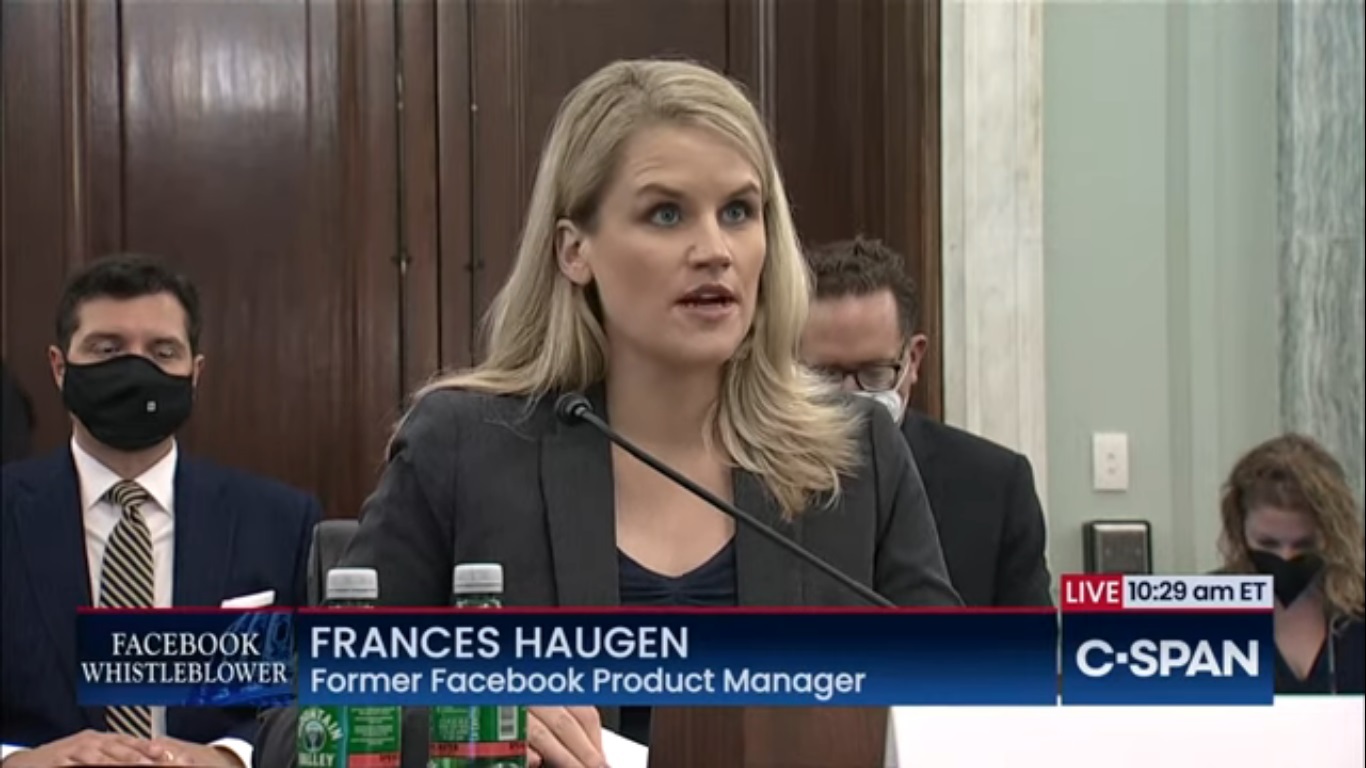 Facebook whistleblower Frances Haugen testified before the US Congress Tuesday, saying the company prioritized “astronomical profits” over the safety of the platform’s billions of users and it should not come as a surprise that the social media giant was “responsible for the rise in authoritarianism in the Philippines.”

“Facebook wants you to believe that the problems we’re talking about are unsolvable. They want you to believe in false choices,” said Haugen, who used to work for Facebook in its civic integrity department where she studied how the company’s algorithm amplified misinformation and was exploited by foreign adversaries.

“So it should come as no surprise then that they [Facebook] played a contributing role in the genocide in Myanmar, that they are responsible for the rise in authoritarianism in the Philippines, in Brazil, in India and Ethiopia, because they have not implemented the type of mechanisms, they have not invested in the human personnel, that is required to conduct content moderation,” she said in her testimony at the US Senate Commerce Committee’s Sub-Committee on Consumer Protection, Product Safety, and Data Security.

Haugen said she was “horrified…disgusted” at how the platform has refused “to offer any transparency whatsoever pertaining to the most basic questions about how they moderate content across languages in non-English languages.”

She urged lawmakers to enact laws requiring strict oversight over the social media giant, which she accused of harming children, sowing division by boosting hateful content, and undermining democracy worldwide.

Haugen’s testimony reinforces the findings of a 2018 study “Architects of Networked Disinformation: Behind the Scenes of Troll Accounts and Fake News Production in the Philippines” by researchers Jonathan Corpus Ong and Jason Vincent Cabañes. The 12-month study conducted in-depth interviews with 20 “disinformation architects” at both managerial and staff levels and participant observation of Facebook community groups and Twitter accounts from December 2016 to December 2017.  On top of the disinformation hierarchy sits advertising and public relations executives acting as the “chief architects of networked disinformation” in the Philippines.

A 2017 study by the University of Oxford found that $200,000 or about P10 million was spent to hire trolls who spread propaganda for President Rodrigo Duterte and attack his critics using Facebook and other social media platforms.

Facebook CEO Mark Zuckerberg responded to the accusations in a lengthy blog post Tuesday evening.  He said their internal research had been “taken out of context.”

“It’s disheartening to see that work taken out of context and used to construct a false narrative that we don’t care,” Zuckerberg wrote.

He added that he was “particularly focused” on addressing questions about how Facebook products like Instagram affect children, stressing that “it’s very important to me that everything we build is safe and good for kids.”

Haugen’s testimony was preceded by a series of articles beginning on Sept. 21 at the Wall Street Journal, called “The Facebook Files,” where an unnamed whistleblower gave the paper copies of internal Facebook documents, including research reports, online employee discussions and drafts of presentations to senior management detailing the company’s knowledge that its platform created societal harm.

She revealed her identity as the source of the documents in a bombshell interview with 60 Minutes on October 3.

Prior to joining Facebook, she worked for other tech companies like Google, Yelp and Pinterest.  She finished her MBA at Harvard University. Her studies were paid for by Google.

She resigned from Facebook in May 2021 after she saw what she described as Facebook’s pattern of prioritizing profit over public safety.  – Rommel F. Lopez