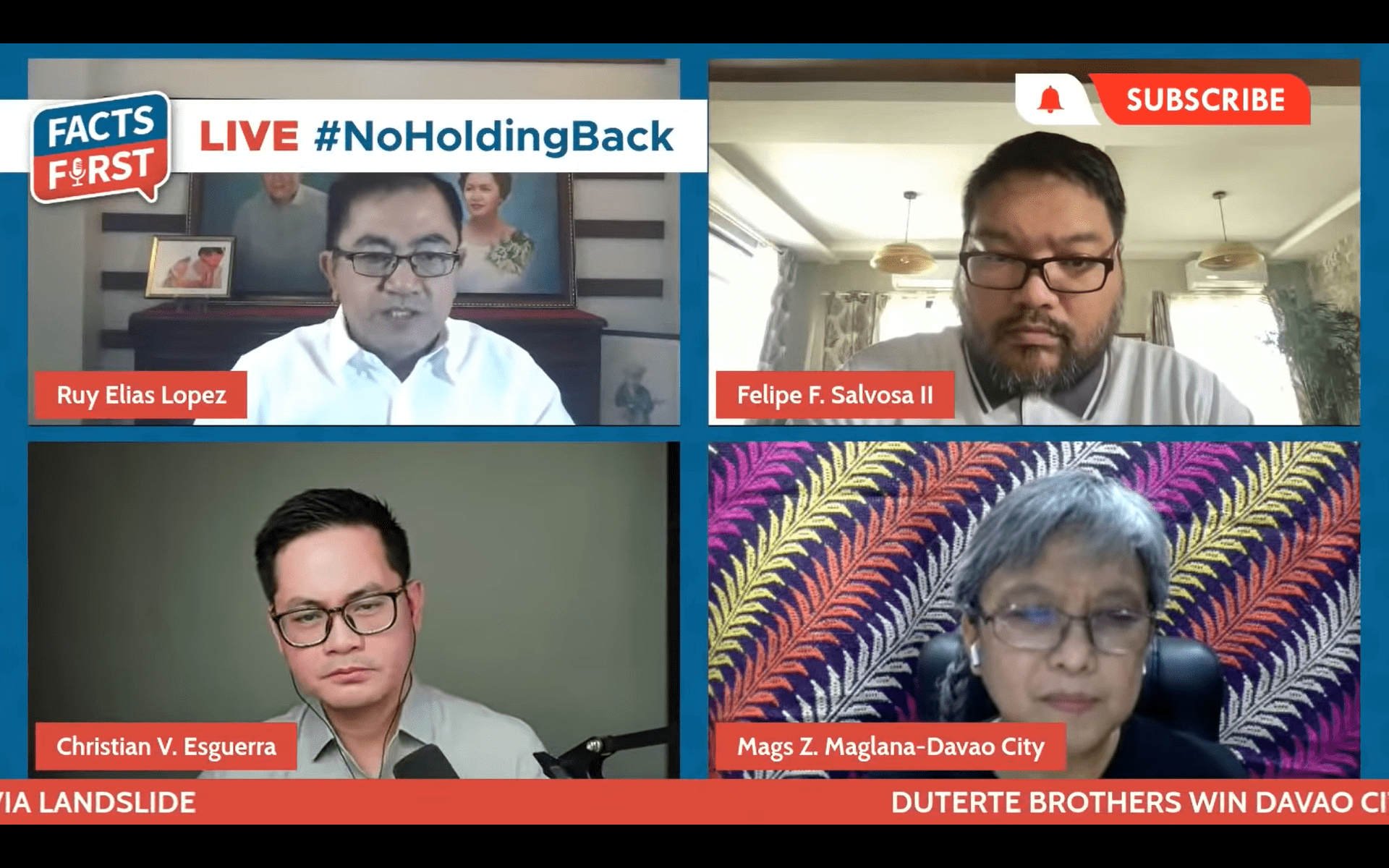 President Rodrigo Duterte’s sons won by wide margins Davao City’s mayoral and representative races to continue the family’s dynastic rule over the city, but “cracks” in the dynasty are showing, their independent election opponents said.

“Mayroong openness at call for change na talaga dito sa Davao,” said Maglana, who obtained 14,122 votes and placed behind Paolo who won 212,382 votes to keep his seat, which represents the city’s first district.

Maglana said many Davao City voters did not know there were other candidates aside from the Dutertes until the May 9 election day, which she said was one factor why Davaoeños still voted for members of the dynastic clan.

Lawyer Ruy Elias Lopez, son of Elias Lopez, Davao City’s mayor from 1968 to 1971 and 1981 to 1986, said that despite his loss, his candidacy led to the planting of a “seed of freedom” in the city for the people to express what they think.

Lopez claimed that even before the elections, the Dutertes already knew they were going to win and were confident enough that they did not even hire poll watchers.

Maglana said there were also reports of some barangay captains being promised P3 million if their constituencies voted for the Dutertes.

The Dutertes have dominated Davao’s politics for 35 years.

Aside from the Duterte sons, outgoing Davao City Mayor Sara Duterte-Carpio, the president’s daughter, is also poised to win in the national elections with a landslide victory in the vice-presidential race.