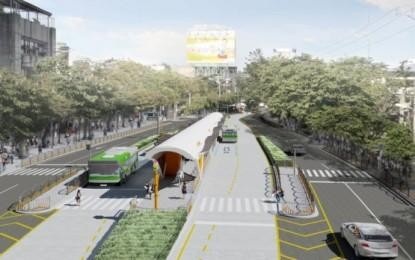 The Department of Transportation (DOTr) has assured Cebuanos of the start of construction for Package 1 of the long overdue Cebu Bus Rapid Transit (BRT) project.

Marcos mentioned the Cebu BRT project during his first State of the Nation Address.

“We are waiting for the report from the Special BAC (Bids and Awards Committee) of DOTr,” Varquez said. Construction will start once a winning bidder is identified and given the notice to proceed, he added.

The package 1 route, he said, runs for 2.3 kilometers and would include the construction of bus stations at Cebu South Bus Terminal, Cebu Normal University, Fuente Osmeña, and Capitol.

The Cebu BRT Project Management Office (PMO) has so far earth-balled some 200 trees from the center island of the affected roads in preparation for the implementation of the package 1 route.

Based on previous pronouncements, the DOTr received five bidders for the P1 billion contracts but they were all declared unqualified based on documentary deficiencies.

While Package 1 is still on its way, Engr. Roteza Cantillas of the Cebu BRT PMO has started public consultations with affected communities, including 57 families who will soon be relocated to the mid-rise building to be funded by the National Housing Administration.

Package 2 will include a route from the Capitol to Ayala and IT Park and from CSBT to the South Road Properties. -Ryan Christopher J. Sorote