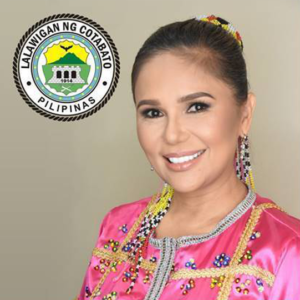 DILG has served the 90-day suspension of North Cotabato Gov. Nancy Catamco over a 2004 graft case she was involved in while still a private citizen.

Kidapawan City, North Cotabato – The Department of the Interior and Local Government (DILG) has served on Thursday the 90-day suspension of North Cotabato Gov. Nancy Catamco over a 2004 graft case she was involved in while still a private citizen.

The governor earlier appealed to reconsider the suspension order issued by the Sandiganbayan which the anti-graft court denied citing the arguments raised were the same as those she earlier presented in court.

The Sandiganbayan ordered the DILG to implement immediately the suspension order since this is mandatory under Section 13 of Republic Act 3019 or the Anti-Graft and Corrupt Practices Act.

Catamco’s case stems from the awarding without public bidding of a P5-million contract of liquid fertilizer by the municipal government of Poro, Cebu to Perzebros Company which she and her ex-husband Pompey Reyes owned.

Under the contract, Perzebros supplies the municipal government with of 3,333 bottles of liquid fertilizer costing P1,500 each. The Commission on Audit flagged the contract saying each bottle was overpriced by P1,092.  The principal accused in the case is incumbent Poro Mayor Edgar Rama.

“This is only a temporary setback. I’m saddened with this development. I know how my supporters feel about this suspension but we have to abide with [the] law. Our zeal to spread peace and development in the province will never be dampened. This is just a three-month suspension,” Catamco said during a press conference held here.