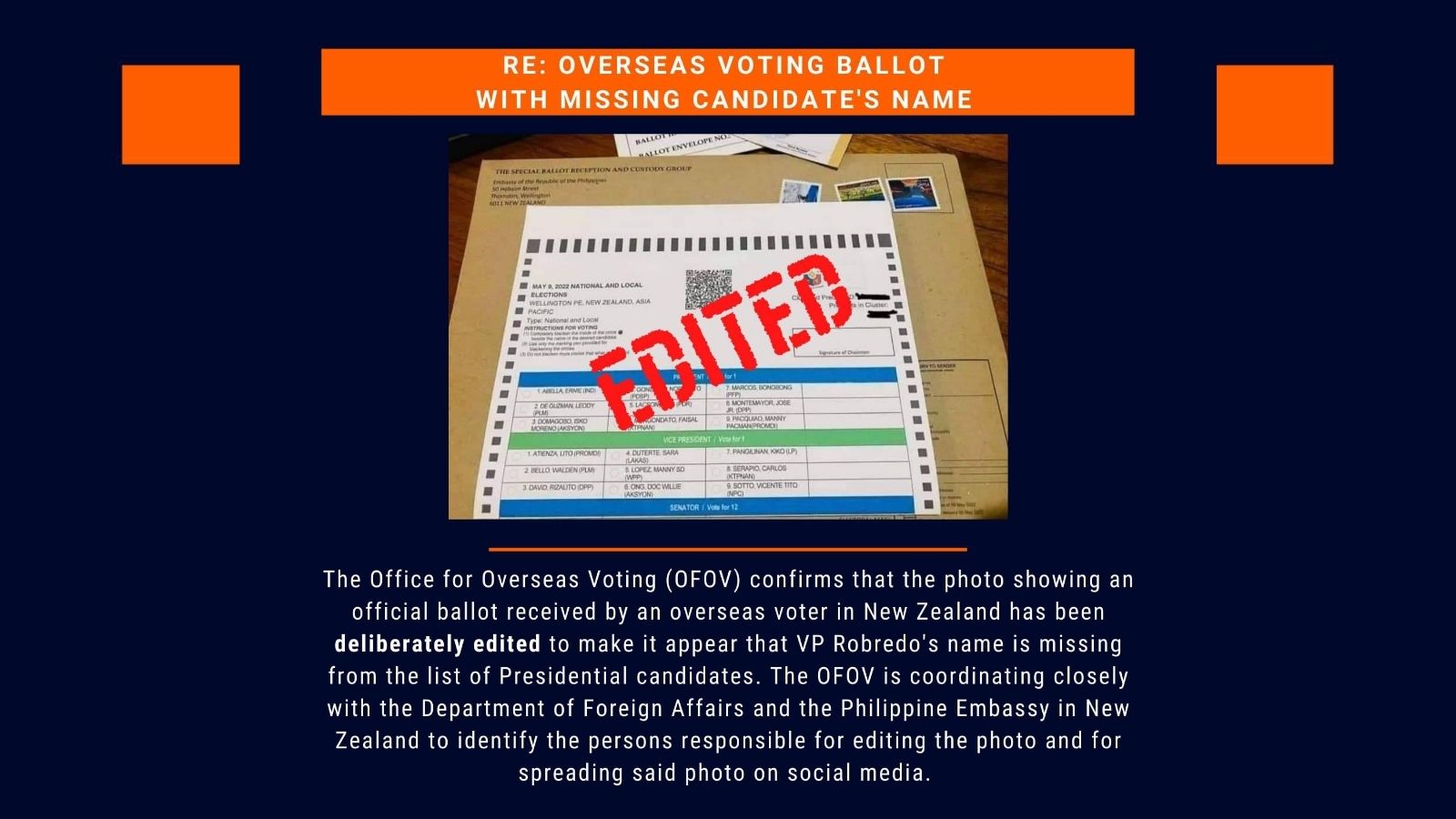 The photo of the ballot, which made the rounds on social media the past few days, included names of all presidential candidates except Robredo’s.

According to the Comelec office, the photo “has been deliberately edited to make it appear that VP Robredo’s name is missing from the list of presidential candidates.”

“The [Office for Overseas Voting] is coordinating closely with the Department of Foreign Affairs and the Philippine Embassy in New Zealand to identify the persons responsible for editing the photo and for spreading said photo on social media,” it said.