Cebuano politicos urge President Duterte to run for VP in 2022 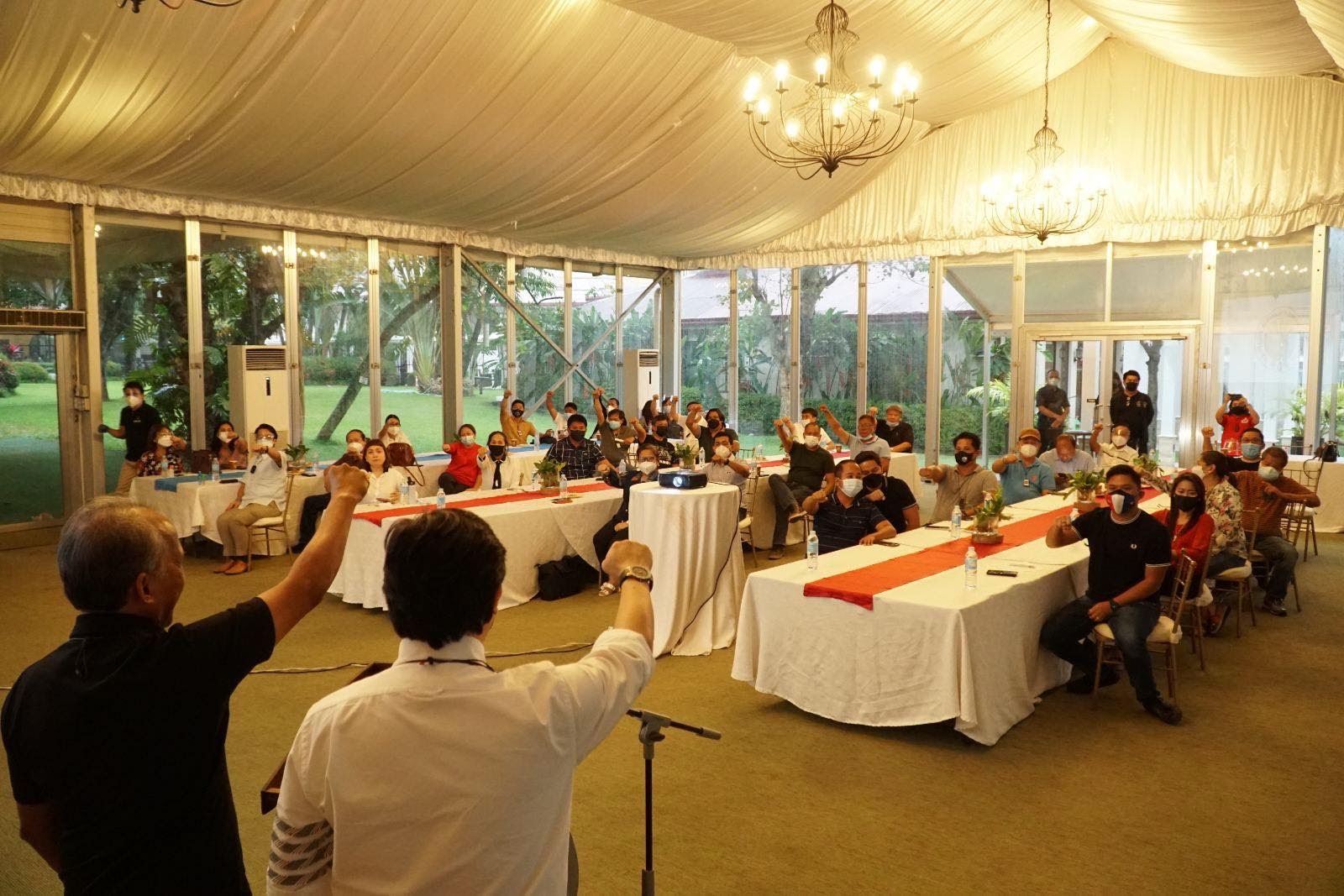 Cebuano politicians have signed a “unified manifesto” urging President Rodrigo Duterte to run for vice president in the 2022 national elections.

Twenty-eight officials consisting of 18 mayors, three vice mayors, three congressmen, and three board members from Cebu signed the manifesto in a private meeting on Wednesday, March 11.

Energy Secretary Alfonso Cusi, the PDP-Laban vice chairman, said those who signed the manifesto in his presence were allied with the president.

Both the resolution and manifesto expressed the need to continue the Duterte administration’s programs, especially the ongoing Covid-19 response of the national government.

“With the impending transition of power in 2022, we further commit to support a transition of leadership that will guarantee continuity of President Duterte’s socioeconomic agenda,” the manifesto reads.

Secretary Michael Lloyd Dino of the Office of the Presidential Assistant for the Visayas, who also signed the manifesto, hopes that the president would accept it.

“We want the continuation of this leadership, this administration, and its 10-point agenda,” Dino said. Ryan Sorote