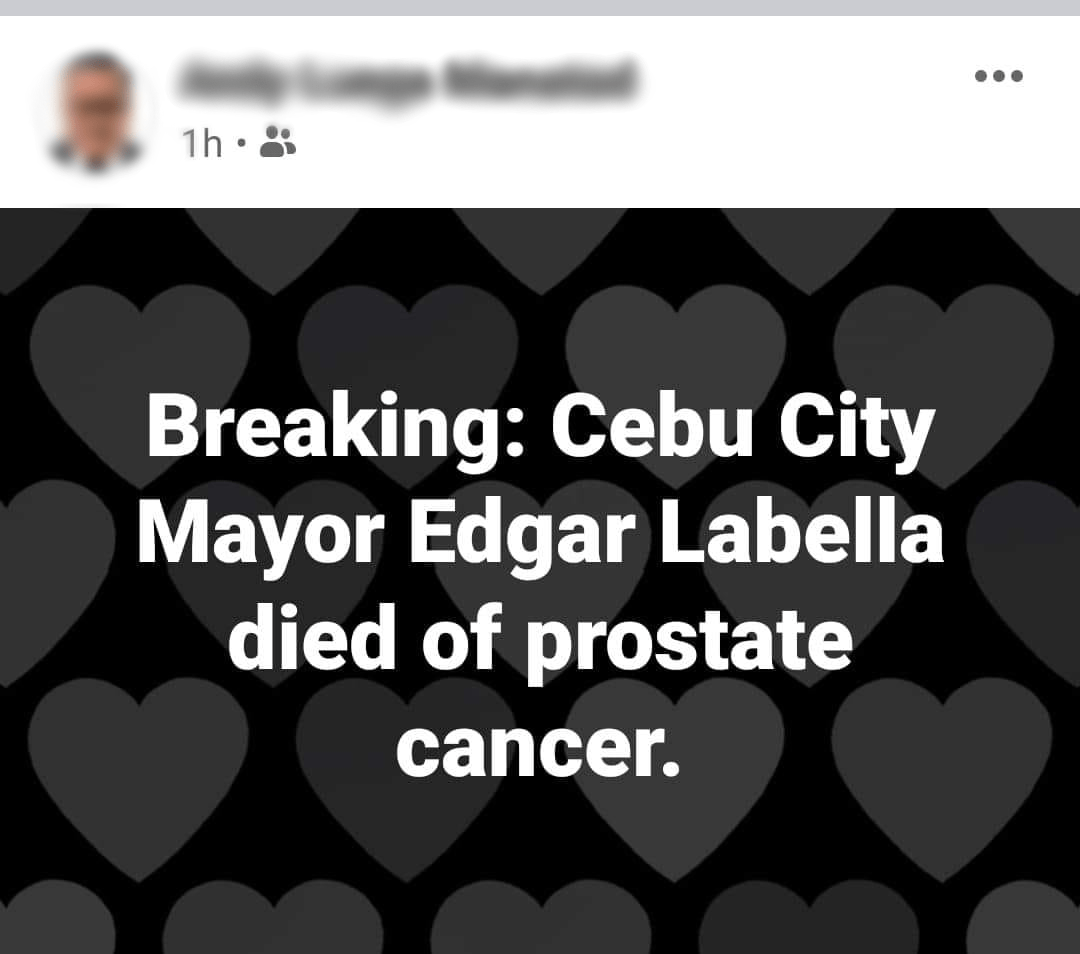 Shortly before noon, Labella, who is on leave for health reasons, posted a picture on his Facebook page holding Saturday’s newspaper with a short message debunking his rumored death.

“I would like to inform everyone that I’m alive and doing well,” Labella said in a mix of English and Cebuano.

The debunked post has since been deleted, but many managed to screengrab it which was shared and reposted on numerous social pages and personal accounts.

Multiple sources confirmed that the netizen who made the Facebook post is a radio blocktimer and owns a business.

PressOne.ph sought the netizen for comment, but our messages were left unanswered as of posting.

Labella has been on leave since July 14, 2021, after being admitted to a hospital in the city for a “persistent cough.”

The mayor has been in and out of the hospital since 2020 due to various ailments like ear infection, pneumonia, gallbladder surgery, and recently because of sepsis, a kind of blood infection.