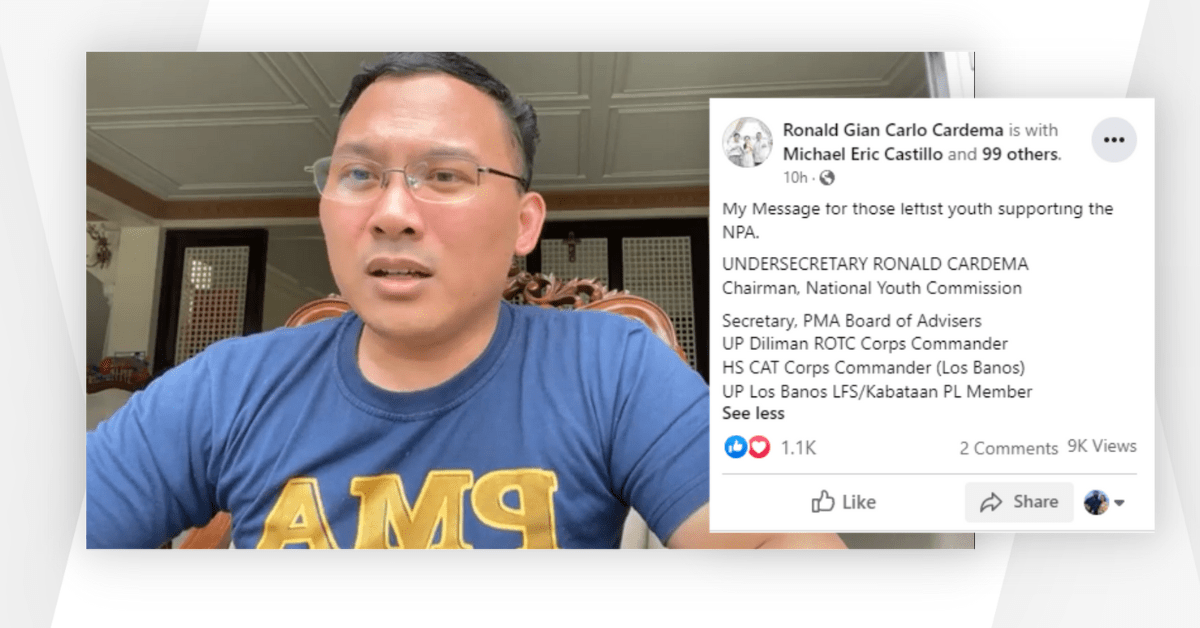 National Youth Commission chairman Ronald Cardema, in a Facebook video posted on August 1, redbaits activists in a “message to the leftist youth.”

In the four-minute video, Cardema claimed that activists would eventually become part of the New People’s Army and rebel against the government.

Cardema slammed what he called the “hypocrisy” of activist groups for claiming to serve the people yet fighting against the government.

Cardema also said President Ferdinand “Bongbong” Marcos was the author of the Republic Act (RA) 8044, which established the NYC. Former Manila representative Jaime Lopez was the principal author of the law.

On the 27th anniversary of the NYC, Cardema said in a post that RA 8044 was authored by then-Ilocos Norte Rep. Marcos Jr., which was fact checked by PressOne.PH. Adrian L. Parungao