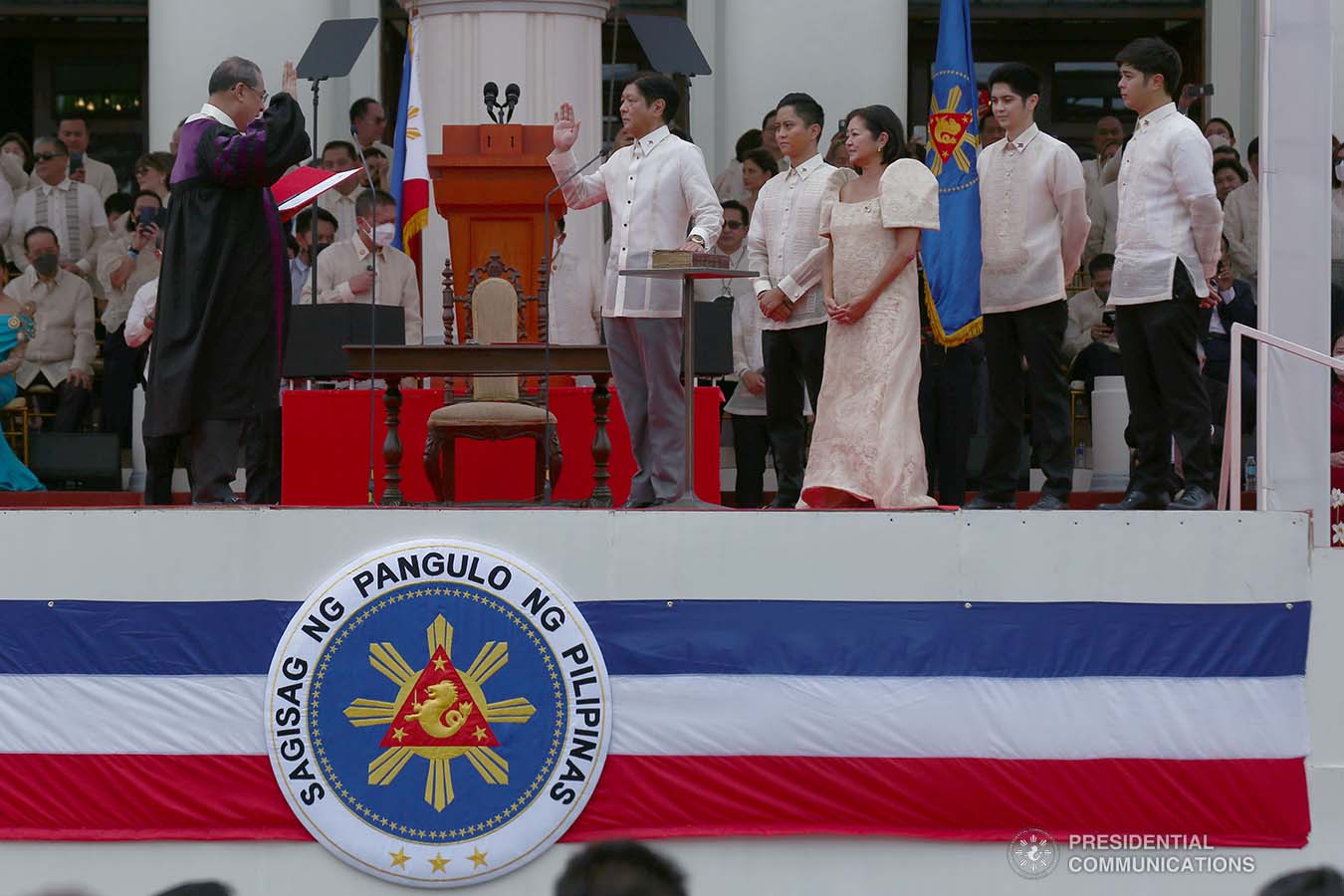 Ferdinand “Bongbong” Marcos Jr., namesake and son of the late Philippine dictator, was sworn in as the 17 president of the Philippines on Thursday, 36 years after the historic EDSA revolution that restored democracy in the Philippines.

Marcos Jr.’s unity tagline during the campaign period proved effective as he won the presidential race with more than 31.1 million votes, defeating Maria Leonor “Leni” Robredo, who defeated him in the 2016 vice-presidential race, in the process.

In his inauguration speech, Marcos Jr. admitted his campaign trail did not reveal much about his plans for the country and said he would talk about them in his first State of the Nation Address in July.

“I did not talk much in this campaign; I did not bother to think of rebutting my rivals. Instead, I searched for promising approaches better than the usual solutions. I listened to you. I did not lecture you who has the biggest stake in our success. And the forthcoming State of the Nation will tell you exactly how we shall get this done,” he said.

Marcos also revealed drawing up a “comprehensive, all-inclusive plan” to help the country recover from the ill-effects of the Covid-19 pandemic and the Russia-Ukraine war.

“In this fresh chapter of our history, I extend my hand to all Filipinos. […] let us put our shoulders to the wheel and give that wheel a faster turn to repair and to rebuild and to address challenges in new ways to provide what all Filipinos need, to be all that we can,” he said.

The president also reiterated his call for unity.

“We are here to repair a house divided, to make it whole and to stand strong again in the bayanihan way expressive of our nature as Filipinos. We shall seek, not scorn dialogue; listen respectfully to counter reviews; be open to suggestions coming from hard thinking and unsparing judgment but always from us Filipinos,” he said. John Ezekiel J. Hirro