Bato slammed for claiming there’s no press repression in PH 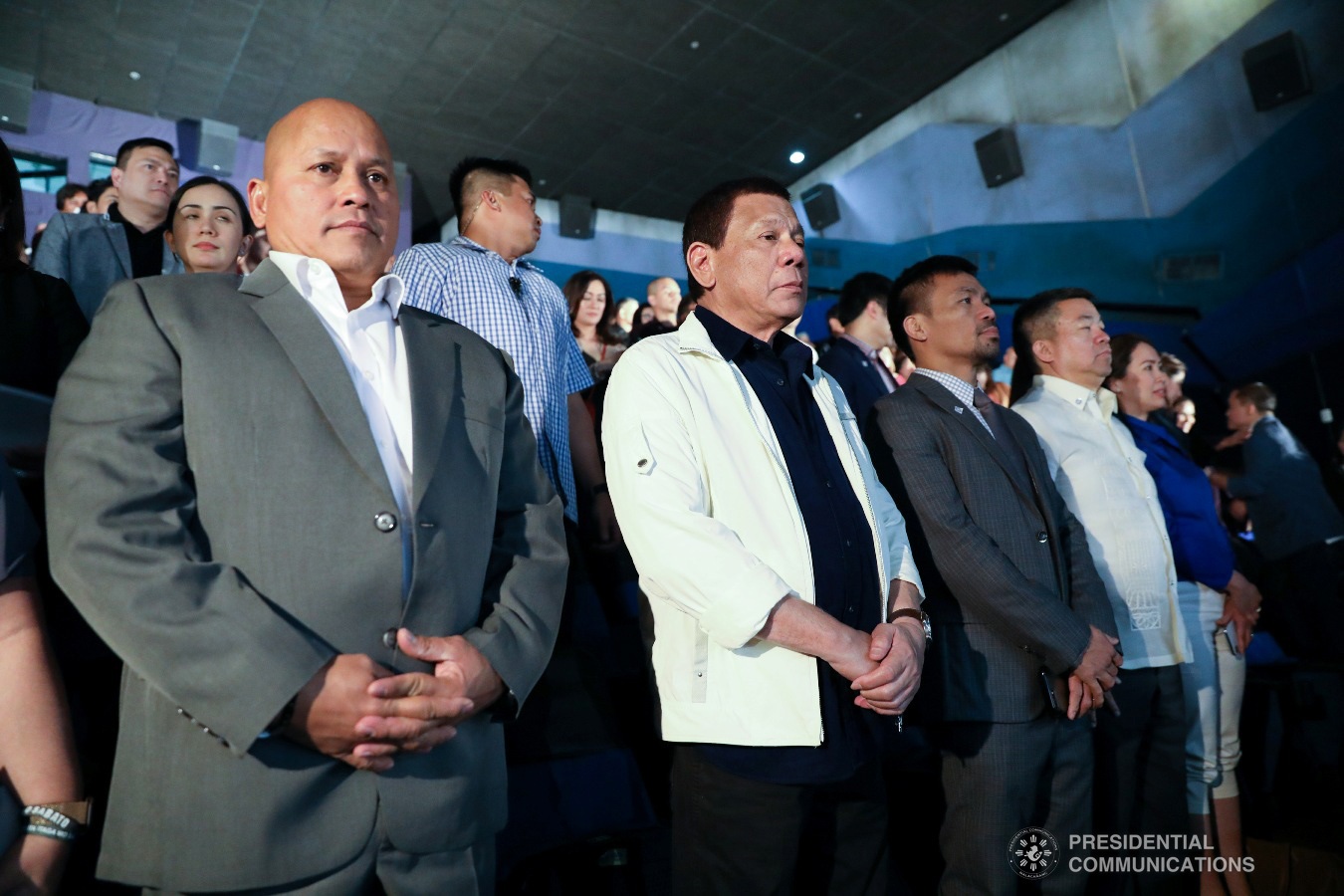 Veteran journalists slammed Sen. Ronald “Bato” dela Rosa’s claim that there is no press repression in the Philippines.

“ABS-CBN was shut down by a committee in Congress which followed the wishes of a president who wanted revenge on a family who did not support him in 2016. Rappler was punished with a string of corporate and tax cases. Hindi pa nakikita ni Bato ang mga ito? Siguro nga dahil hindi siya naaapektuhan,” said Pulitzer Prize winning veteran journalist Manny Mogato.

“Bato is very predictable. His opposition to Maria Ressa’s award is not surprising as he remains to be blind to what is happening in our country under President Rodrigo Duterte. Both of them live in a fantasy world where everything is good,” he added

Dela Rosa is objecting to the proposal to grant Ressa the Philippine Senate Medal of Excellence for winning the 2021 Noble Peace Prize.

Minority Leader Sen. Franklin Drilon along with minority senators Risa Hontiveros, Francis Pangilinan and Leila De Lima filed Senate Resolution 927 seeking the Philippine Senate Medal of Excellence upon Ressa. Dela Rosa is the lone senator to publicly oppose the granting of the medal to Ressa.  A unanimous vote is needed for the medal to be awarded.

Mogato, PressOne.ph’s editor-at-large and columnist, added that the former chief of the Philippine National Police’s reaction is predictable since the lawmaker is paying a “debt of gratitude”.

“Without Duterte, he would not become PNP chief and senator. So, don’t expect him to sing praises to Maria’s Nobel Peace Prize,” he said.

For Carlos Conde, senior researcher at the Asia division of Human Rights Watch, dela Rosa’s failure to notice press freedom violations in the country was due to the senator’s wrong concept of press freedom.

“For the senator’s benefit, let me reiterate this: press freedom is violated not only by preventing a journalist from publishing – it is also violated each time the powers that be use the might of their office to intimidate journalists. That these journalists manage to soldier on is not because the government created a safe environment to do journalism – it is because the journalist chose to defy the odds and be true to the profession,” he said.

Conde, a former freelance correspondent for the New York Times and the International Herald Tribune, cited the congressional franchise denial of ABS-CBN as an example of press repression in the country due to Duterte’s unrelenting attacks against the network.

“Only the most partisan Duterte diehard would believe that his ill-will towards the news website [Rappler] was harmless. Apart from these, the administration and its allies never lifted a finger to defend ABS-CBN or Rappler, or call off the social media attack dogs it unleashed against journalists,” he said.

For University of the Philippines journalism professor Danilo Arao “dela Rosa’s putative remarks about the state of press freedom in the country remind us of the grand narrative being peddled by anonymous trolls.”

Arao noticed how dela Rosa conveniently “forgets the threats publicly made by Duterte to shut down ABS-CBN, not to mention the treatment of government agencies like OSG and SEC as regards Rappler.”

“Is he even aware of the arrest and detention of red-tagged journalists like Salem and Cumpio? Is he also implying that red-tagging certain journalists and news media organizations does not have anything to do with media repression? It is a shame that a presidential candidate engages in mental gymnastics just to defend tyranny and impunity,” said Arao who is also the associate editor of Bulatlat Multimedia.

Conde believes that “press freedom dies when no one fights for it, and every day that newsroom persist even under a climate of fear and intimidation is an assertion of that freedom.”

“For the senator’s benefit, let me reiterate this: press freedom is violated not only by preventing a journalist from publishing – it is also violated each time the powers that be use the might of their office to intimidate journalists. That these journalists manage to soldier on is not because the government created a safe environment to do journalism – it is because the journalist chose to defy the odds and be true to the profession,” he said.

In citing Ressa and her co-awardee of this year’s Peace Prize, Russian journalist Dmitry Moratov, the Nobel Committee cited the two journalists’ “efforts to safeguard freedom of expression, which is a precondition for democracy and lasting peace.”

The Senate created the Medal of Excellence in August this year as “an expression of public gratitude on behalf of the nation for the honor brought to the country” of Filipinos who are awarded the Nobel Prize, Pulitzer Prize, the A.M. Turing Award, the Ramon Magsaysay Award, or an Olympic medal.

The first recipients of the medal were the four medalists of the 2020 Tokyo Summer Olympics. – Rommel F. Lopez