Barter trade in Western Mindanao expected to start next month 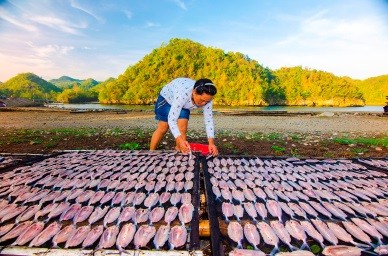 Barter trading in Basilan, Sulu and Tawi-Tawi is expected to start next month, according to officials of the Mindanao Development Authority (MinDa).

MinDA Deputy Executive Director Romeo Montenegro said the three countries involved in the barter trading program, the Philippines, Indonesia and Malaysia, were finalizing the technical details and arrangements for the joint implementation of the barter trading system.

“It will be communicated closely to Indonesia, Malaysia because we have arrangement for the treaties,” he said.

OliDagala, MinDA director for investment promotion and public affairs, said the agency was looking at the accreditation of non-conventional vessels like the jungkong, kumpit, and lantsa, which will be used for trading, as well as providing permits and identifying the goods to be traded.

Dagala said the trading system would create better business and livelihood opportunities for communities as these were the only ports of entry identified for the activity.

Basaludin said there were some 500 traders engaged in conventional barter trade business in the southern port city.

President Duterte signed Executive Order No. 64 in October 2018, creating the Mindanao Barter Council (MBC) and reviving the barter trade system. It identified the ports of Jolo and Siasi in Sulu and Bongao in Tawi-tawi as barter trading points.

Goods traded under the barter system will enter the Philippine territory only through the approved barter ports.  Creation of other barter ports need prior approval from the President. Private ports will not be included. (Rommel F. Lopez)