Baghdadi is dead, but it’s certainly not the end of Islamist militancy 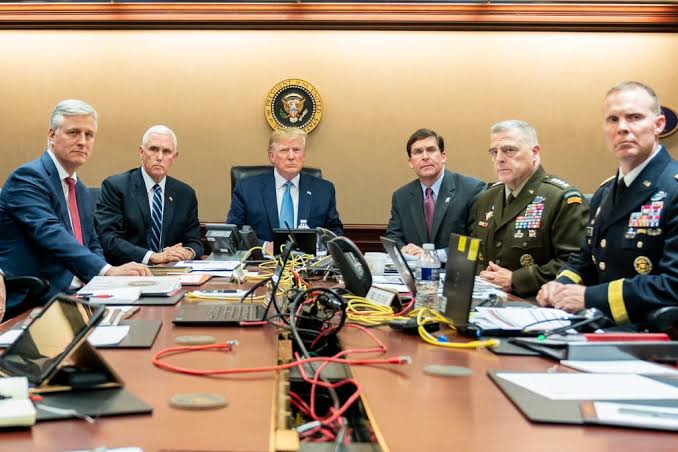 US President Donald Trump was ecstatic, announcing on Sunday the death of Abu Bakr al-Baghdadi, leader of the brutal and violent Islamic State of Iraq and Syria, in a top-secret military operation in northwestern Syria, more than a year after the fall of an Islamic State caliphate he had tried to set up in northern Iraq and parts of Syria.

“He died like a dog,” Trump said, describing how the world’s number one Islamist militant leader died. “He was whimpering, screaming, crying. He died like a coward.”

Baghdadi died with three of his children by detonating an explosives-laden vest when he fled US forces and went into a dead-end tunnel during the attack, which took place in the Idlib region of northwest Syria.

“The thug who tried so hard to intimidate others spent his last moments in utter fear, panic and dread, terrified of the American forces coming down on him,” Trump said in news reports posted worldwide.

“He reached the end of the tunnel as our dogs chased him down. He ignited his vest, killing himself and his three children. His body was mutilated by the blasts. The tunnel had caved on him,” he added.

The death of Baghdadi was significant for Trump, who had ordered just weeks ago the withdrawal of American forces from Syria. More importantly, it could help secure Trump’s re-election next year.

In 2012, Barack Obama won a second term as US president, a year after the al Qaeda leader Osama bin Laden was killed in a raid by teams of US Navy SEALS in his hideout in Pakistan. Like Trump, who watched the two-hour operations from the White House, Obama was monitored the entire bin Laden operations, based on official photographs released by the White House in 2011.

However, it is too early to celebrate. The death of Baghdadi would likely be a terrible blow to Islamist militant organizations worldwide but it would not certainly put an end to terrorism. The world has to watch the unfolding drama and how extremism will mutate and rise again.

Islamist militancy did not only occur in recent years. It dates back to the rise of the Islamic caliphate in the 7th century, culminating in the capture of the old Byzantine empire and takeover of wide swathes of land in the Middle East, including the Holy Land.

The conflict intensified toward the end of the 11th century when Pope Urban II called for a military expedition to help the Christian Byzantine empire against Seljuq Turks who had captured most of Anatolia, the present-day Asian part of Turkey. Pope Urban II’s call became known as the First Crusade.

There were nine crusades until the 13th century, supported by the Church of the West, the Roman Catholic Church, all aimed at recovering the Holy Land (Levant) from Muslim control. All failed, with only minor victories until the 15th century when the Ottoman empire took total control of the Middle East after the fall of Constantinople, now Istanbul. This ended the Eastern Holy Roman Empire, also known as the Byzantine empire.

Al Qaeda and ISIS under Baghdadi tried to re-ignite the vicious religious wars of the Crusades, targeting the removal of all US military forces in the Middle East, particularly in the Kingdom of Saudi Araba, site of Islam’s holiest city and after the defeat of Iraq’s Saddam Hussein in the 1990s.

In the local setting, Islamist militants began operations when Abubakar Janjalani returned from Afghanistan after Russia’s defeat in 1989, Moscow’s own version of the US defeat in Vietnam in 1975. Janjalani set up the Abu Sayyaf Group on Basilan Island and it soon spread to other islands in Western Mindanao.

When he was killed in a police operation in 1997, the group did not disappear but became more notorious for criminal activities, like bombings and kidnap-for-ransom under the leadership of his younger brother, Khaddafy Janjalani. Abubakar was most fanatical but religious. He attacked Christian churches and kidnapped Christian religious people, like nuns, priests and Protestant pastors.

Khaddafy’s death in the mid-2000s failed to end Islamist militancy in the southern Philippines as more violent extremist leaders with purely criminal intentions emerged. They used religion to mask their lust for cash and tried to pledge allegiance to Baghdadi’s Islamic State in exchange for financial and material support.

In Western Mindanao, Isnilon Hapilon and Yasser Igasan embraced Baghdadi’s ideology and aligned their Abu Sayyaf forces behind the Islamic State, while on the mainland, Kato’s Bangsamoro Islamic Freedom Fighters (BIFF) attracted other Southeast Asian militants with ties to Baghdadi.

Two years ago, these two groups merged with other smaller extremist groups and occupied Marawi City in a five-month conflict, which left the city center in ruins. The death of Kato earlier and Hapilon two years ago in Marawi certainly did not end the militancy in the south.

Terrorist threats remain, as seen by recent suicide bomb attacks in Jolo and Basilan. It has become more dangerous amid reports of displaced Southeast Asian militants, particularly from Malaysia and Indonesia, returning to the region and looking for fertile ground to spread the idea of an Islamic caliphate. The volatile situation in the Mindanao could be a perfect place for them as the country’s southern borders are so porous and there are extremist groups in Mindanao, Basilan and Jolo willing to provide sanctuary to them.

Baghdadi’s death is significant but will certainly not end Islamist militancy. We’ve seen the patterns in the Middle East and in the southern Philippines. Extremist leaders die and get replaced by more brutal, dangerous, and even younger radicals. Let’s wait for the next chapter.