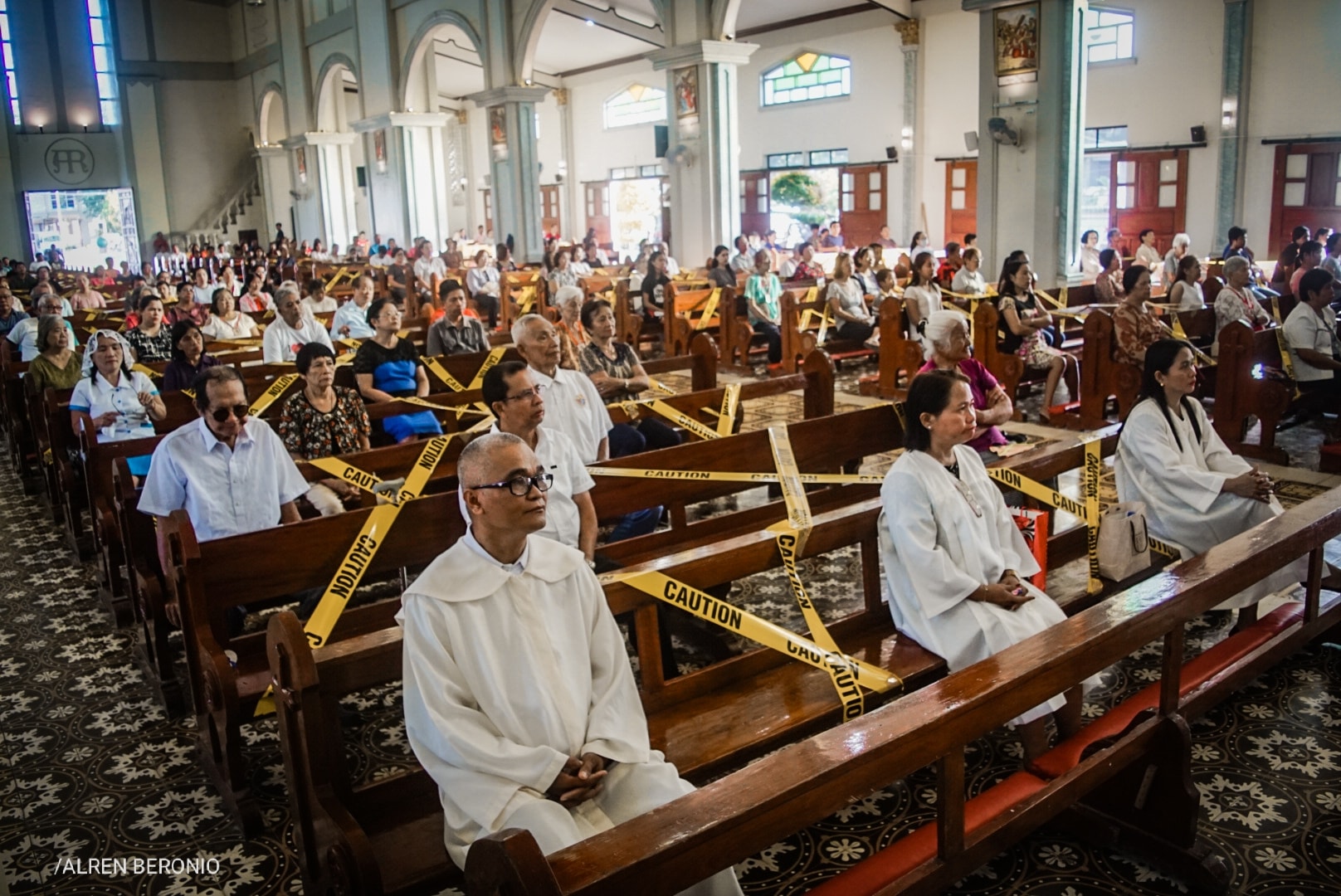 Churches will be allowed to hold religious gatherings once a day from April 1 to 4 at limited capacity, Malacañang said on Friday.

Palace spokesman Harry Roque said the Inter-Agency Task Force (IATF) on Emerging Infectious Diseases had decided to relax the total ban on religious gatherings in areas under general community quarantine, and would allow churches to use up to 10 percent capacity once a day.

Roque encouraged churches to implement a reservation system to ensure only 10 percent of a building’s capacity would be occupied.

He also stressed that mass gatherings outside places of worship would be prohibited.

The government also discouraged live singing during worship, and encouraged churches to make use of recorded audio.

Before allowing religious gatherings, the IATF spokesman earlier said the government could close down churches if they defied protocols on mass gatherings stated in an earlier IATF resolution.