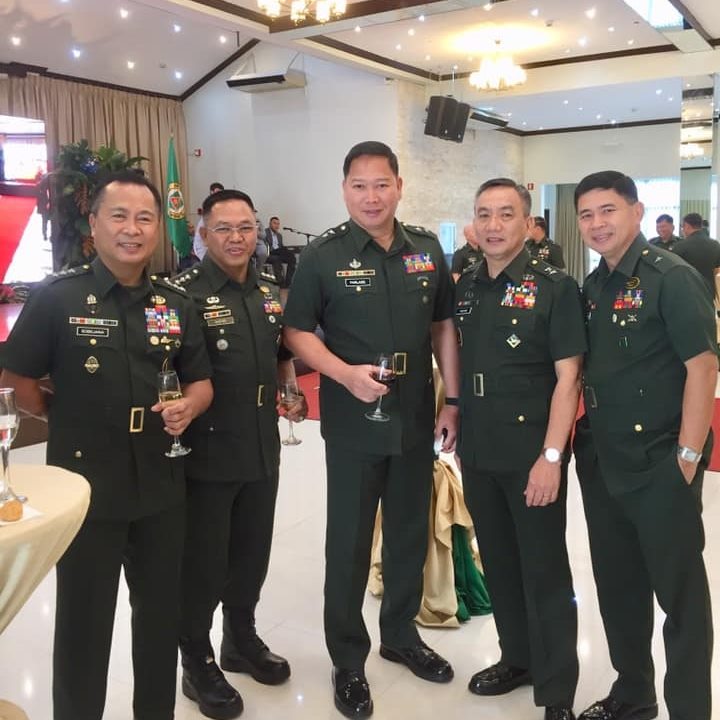 In a statement, Pangilinan said the AFP should reprimand Parlade as the general’s attitude is harmful to the entire military as a “highly disciplined and professional institution.”

Pangilinan cited Section 3, Article II of the Constitution which read, “Civilian authority is, at all times, supreme over the military”,

“Respect and obedience to the chain of command is a sacred and fundamental principle in the military. Despite a standing order from his superiors, Parlade’s red-tagging ordinary citizens and name-calling elected officials sow division and disunity in the military hierarchy,” Pangilinan said.

“As an institution that adheres to the strictest tenets of discipline and professionalism,” the senator said Parlade’s misconduct “conveys to junior military officers the message that a subordinate senior military officer can disregard the basic law of the land, ignore the AFP chief of staff’s order and operate outside the chain of command, and get away with it.”

“If the AFP can discipline intel chief Major General Alex Luna and remove him as intel chief for the red-tagging of UP alumni in January this year, why can’t it discipline Parlade? This AFP inaction may be misconstrued as the AFP playing favorites and that some are more favored than others.,” Pangilinan said.

“Again, this shows disunity within the ranks. Why punish Luna and allow Parlade to go scot-free? Is Parlade untouchable?” he added.

Pangilinan also said he supports the demand of his fellow senators to review the NTF-ELCAC’s P19 billion budget and realign it for cash aid.

At least six senators called for the defunding of the task force after some NTF-ELCAC spokespersons Parlade and Usec. Lorraine Badoy – Partosa red-tagged organizers of community pantries last week.

Both Parlade and Badoy-Partosa were ordered to stop from making comments about community pantry initiatives, said by their direct superior National Security Adviser and NTF-ELCAC chair Hermogenes Esperon, Jr. on Sunday.

“Desist in the meantime, not to desist as spokespersons, but from making comments about the community pantry issue”, said Esperon.

Previously, Parlade claimed that some of leftist groups are copying the initiative. He also denied the allegations that they are linking community pantry organizers to communist rebels.

Badoy-Partosa, on the other hand, accused Ana Patricia Non, the organizer of the Maginhawa Community Pantry, of being a member of an “underground mass organization.” Ronald dela Cruz