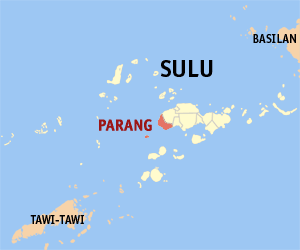 Seven alleged members of the terrorist Abu Sayyaf Group (ASG) died in a pre-dawn encounter with the military near Sulare Island in Parang town, Sulu on Tuesday, Nov. 3.

One of the ASG fatalities was Madsmar Sawadjaan, younger brother of Abu Sayyaf bomb-maker Mundi Sawadjaan, who devised the suicide attack in downtown Jolo last August, according to Lt. General Corleto Vinluan Jr., commander of the Western Mindanao Command.

The alleged rebels were riding a speed boat when government troops intercepted it. A gunfight immediately ensued which resulted in the sinking of the boat.

Search and retrieval operations are being conducted for the bodies of the Abu Sayyaf gunmen. RJ Espartinez