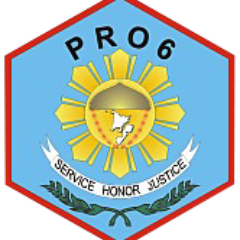 Police Lt. Joem Malong, PRO 6 spokesperson, revealed that a total of 149 freed convicts in the region have been released under the GCTA Law since January 2013. Out of the total number of convicts, only 33 have surrendered to the police since September 6.

Out of 33, ten have surrendered in to several police stations in Iloilo province; nine in Aklan province; seven in Negros Occidental; four in Capiz; two in Antique; and one in Iloilo City.

The police offices Guimaras province and Bacolod City have no record yet of crime convicts who want to return.

“Most of the cases the surrendered convicts face are murder, rape, and homicide,” as stated by Malong.

She added that the 33 who voluntarily surrendered “followed the directive of the President and do not want any conflict between them and the police.”

“For them, if they surrender, it will still be a part of the good conduct while they are under review and investigation for availing GCTA,” she further stated.

Fifty-seven heinous crime convicts freed under GCTA are registered in the records of Negros Occidental; Iloilo has 29; Bacolod City has 21, Aklan has 15, 13 in Capiz, and seven each for Iloilo and Antique. The PRO 6) had already released the list of freed convicts who were granted the GCTA to all police provincial and city offices.

The Bureau of Jail Management and Penology (BJMP), on the other hand, were in charge of facilitating the transportation of the convicts who returned to the office of the Bureau if Corrections (BuCor).

“They (BJMP) are directed to coordinate with our local police. Our provinces (and cities) will turn over the convicts here in (BJMP) Pototan town, and from there, they will wait for the end of the grace period which is set on Sept. 19 for them to be turned over to BuCor,” Malong specified.

The penal colony in Sablayan, Mindoro is the nearest BuCor office in Western Visayas, she added.

The PRO 6 are highly encouraging the remaining 116 crime convicts to step up and voluntarily reveal themselves to the nearest police station.

Those victims who refused to surrender after the grace period on September 19 will be tracked by the tracker teams.  (RJ Espartinez)